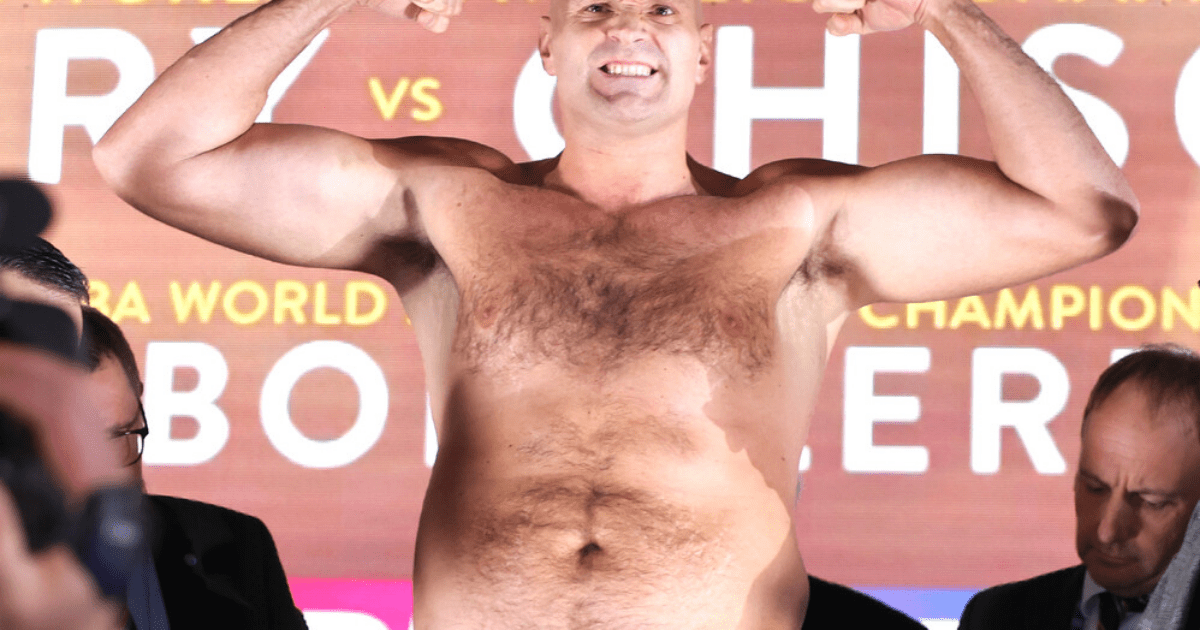 TYSON FURY has claimed to have destroyed SEVEN PlayStations in just one day.

The 34-year-old makes his return to the ring on Saturday when he faces Derek Chisora in a mouth-watering heavyweight clash.

The Gypsy King hasn’t fought since his sixth-round TKO destruction of Dillian Whyte back in April at a sold out Wembley Stadium.

And as Fury makes his comeback on the big screen, he has revealed he doesn’t just love to smash opposition fighters.

In an interview with BT Sport boxing, Fury said: “It’s going to be a good fight.

“When Muhammad Ali was out of boxing, Joe Frazier was giving him money and them two at one stage were the best of pals, giving each other money and everything.

“But, when it came to a fight, the competitive nature will take over.

“I’ve seen me and my brother Shane, close as anything, want to kill each other over a game of FIFA.

“I’ve smashed up seven PlayStations in one day over a game of FIFA, that’s with my brother.

“So, you can imagine what I’ll do with Derek Chisora when he annoys me and we’re fighting for real.”

The fight is set to take place at the Tottenham Hotspur Stadium in London.

The Morecombe-based Brit legend will defend his WBC heavyweight crown against Chisora.

‘Del Boy’ has clashed with Fury twice before, though, losing the first on points before being stopped in their 2014 sequel.

He added: “For this, we wanna give you the best first round in the heavyweight game forever.

“This will be, for my point, the opening bell to this fight is gonna be electric.

“So you’re not gonna be sitting down, you’re be standing up.

“I believe if he gets his balls back from his wife’s handbag, that’ll be fine, so we can get the fight on from the first round.

“We need the first round to be electric so the place can be buzzing, so people can talk about it. 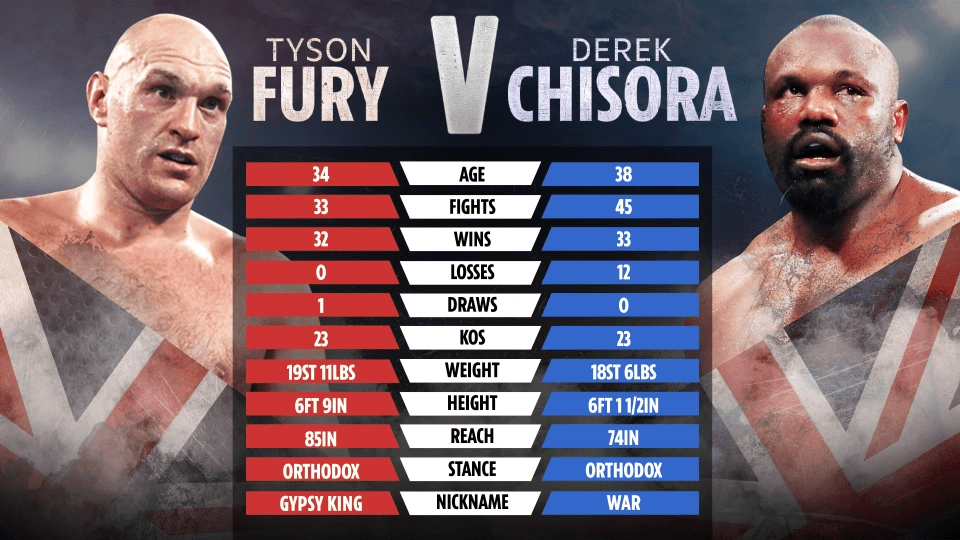 Tale of the tape between Fury and Chisora 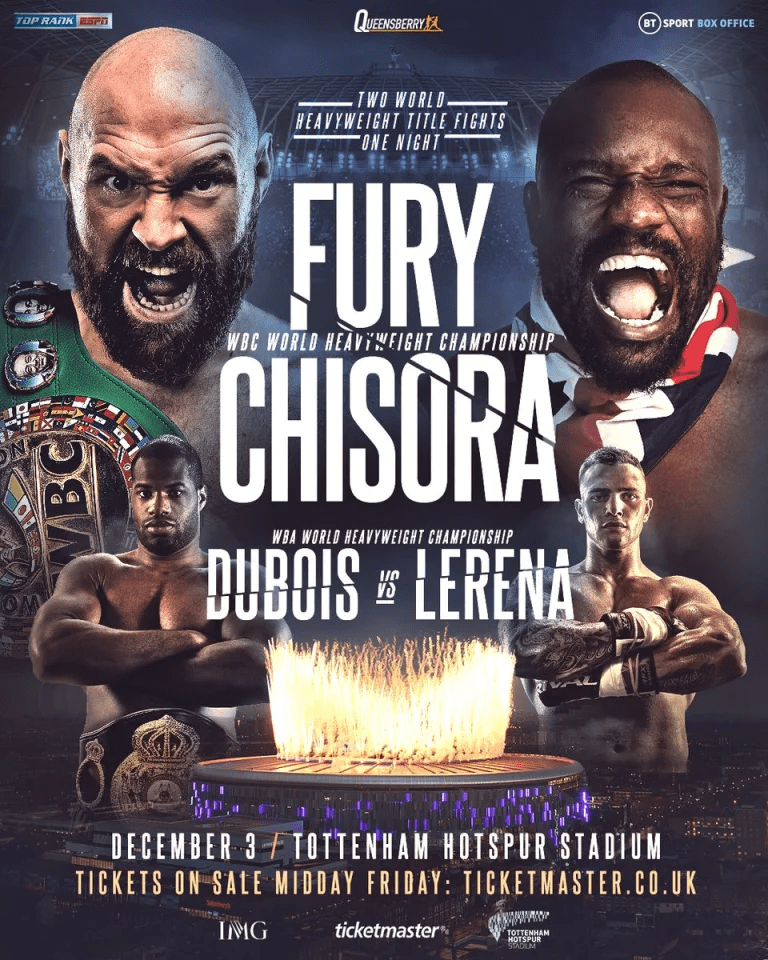 The two British heavyweights are set to fight in the most expensive showing on BT Sport Box Office EVER.

A left hook is thrown with the back of the hand facing the opponent’s face. The elbow is bent 90 degrees and the wrist is turned 45 degrees toward the opponent.

A right cross can be thrown with the palm facing towards the opponent’s face, and the elbow straight. The opponent is 45 degrees from your wrist.

Always protect your head when being attacked. Your goal is to avoid getting punched in the first place. To do this, you will need to learn how to prevent an incoming punch. Here’s how to do it:

Boxing is one, if not the oldest, sport in existence. But boxing only recently became more popular. Two fighters fight each other in boxing. They punch eachother until one is knocked out.

It is important to decide if you like boxing before you can start training to become a fighter. You can view some fights on YouTube to experience what it’s like to punch someone. After you have decided whether or not you want to be a boxer you will need to decide which type of fighting you prefer.

Boxing trainers typically train for at least four hours per day. They also study boxing techniques and learn new moves. Boxers may spar up to ten times per week.

Boxing is one among the oldest sports known to mankind. Boxing was created in ancient times to help warriors fight off their enemies. Boxing is still widely practised today. You don’t need to go to the gym to box. All you need is a pair of gloves, some punching bags, and a few friends to spar with.

If you are looking to box with a partner but don’t want to train, you can just watch the professional boxing matches on TV. You might also be able to find an amateur club nearby. Amateur boxing clubs hold regular training sessions. These sessions typically include sparring partners that hit pads together.

You can also use punching bags to practice boxing. Before you use the bag, be sure to protect yourself with gloves or boxing gloves.

There are many websites that sell boxing equipment. These include Amazon, eBay and Walmart. You might also consider discount stores such as Ross and TJ Maxx if you are looking for low-cost boxing gear.

Learning boxing will help you improve your self-confidence and physical fitness. Boxing is one of the most popular sports in the world. It requires strength, speed, agility, stamina, coordination, balance, power and accuracy.

Boxing is an excellent way to lose weight and feel great about yourself. It will be a fun activity that you will want to do again and again.

There are many options for boxing training. Some take place at gyms or health clubs while others require you to train at home. You can also study online from any location in the world.

Make sure you choose a program that meets your needs and is compatible with your lifestyle. The best programs include exercises designed to build muscle mass, increase flexibility, improve cardiovascular endurance, and enhance overall well-being.

It is important to consider whether you would prefer a beginner’s or an advanced course. Beginner’s programs usually teach basic techniques and drills such as shadowboxing, sparring, mitt work, and punching combinations. Advanced programs offer more variety and more complex movements.

Advanced programs generally last around six months and cost approximately $300. They often include nutritional advice, stretching routines, warm-up exercises, and instruction on proper technique. In addition, some programs incorporate resistance training (such as lifting weights) and aerobic conditioning (such as running).

Advertisement. Scroll to continue reading.
In this article:derekchisora, fifa, tysonfury