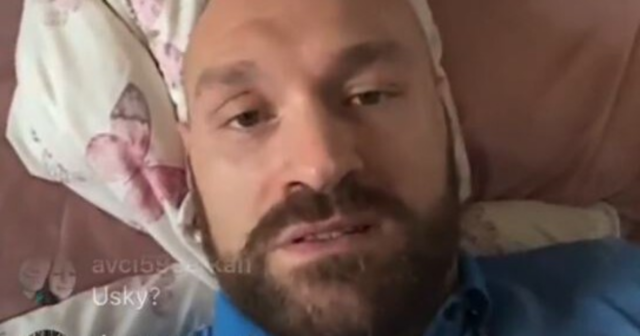 The Gypsy King is WBC heavyweight champion of the world, despite not bothering with ‘any of that boll****’.

Chatting to fans during an Instagram Live session, Fury explained just why he thinks ‘computer’ technology in boxing is nonsense.

“I don’t do any of that boll**** with computers, numbers on a screen and all that stuff.

Fury, 33, used Anthony Joshua’s 2019 defeat to Andy Ruiz Jr as a prime example of what he’s talking about.

He went on: “There’s a lot of fighters that suggest that.

“Like, when you look at the likes of Anthony Joshua, who follows all them rules, science rules, numbers on a screen and whatnot.

“And you look at Andy Ruiz who didn’t do anything but eat Snickers for the full two weeks that he had… and went in there and knocked him out.

“And then probably didn’t even train for the rematch and took him the distance, so, there’s a lot of stuff to say that all the numbers and things, the science doesn’t really work in boxing.