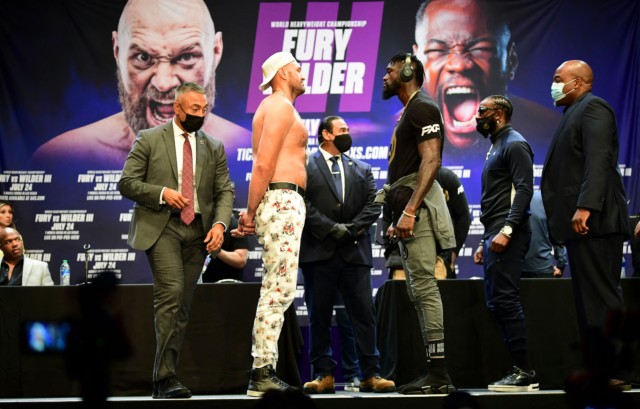 TYSON FURY insists Deontay Wilder was just trying to save face in their epic staredown – which lasted a whopping five minutes.

The WBC king is set to renew his rivalry with the American in a Las Vegas trilogy fight on July 24.

This staredown was nuts, even with barely any words said.#FuryWilder3 | JULY 24 | Las Vegas | PPV pic.twitter.com/CZtpwYQRGy

Fury and Wilder, 32 and 35 respectively, went face-to-face with one another at a pre-fight press conference in Los Angeles on Tuesday and took part in an intense face-off.

Wilder broke the staredown, an act which prompted Fury to declare: “He didn’t want to be there.

“It was a mental thing that he was trying, but he needed someone to rescue him. Because he didn’t want to be there.

“He was uncomfortable stood there looking at me. I’d been still there now.”

Wilder didn’t answer a single question during the presser, leaving the talking to his new head coach Malik Scott.

When asked for his thoughts on Wilder’s silence, Fury said: “Because he’s a s**thouse. How about that?”

The Gypsy King stopped Wilder in the seventh round of their Las Vegas rematch last February, which saw him complete a fairytale comeback from the depths of depression and addiction.

And he reckons the brutal defeat has had a profound ’emotional and physical effect’ on The Bronze Bomber.

During the presser, he said of Wilder’s silence: “It shows how weak of a mental person he is.

“Obviously he’s doing his little thing with his earphones on and he doesn’t want to answer any questions, that’s up to him. I’m here to promote a fight and talk to the press – what I always do. 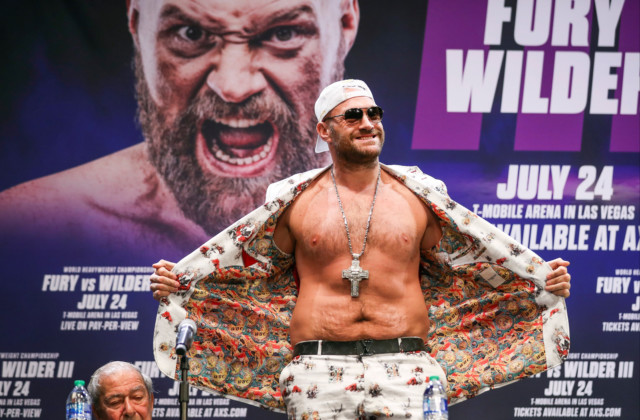 “I’m quite good at this role playing stuff so I’ll be both Deontay Wilder and Tyson Fury and we’ll play a little game.”

Fury’s trilogy fight with Wilder – which was ordered by a judge after months of arbitration – scuppered an undisputed heavyweight title fight with unified champ Anthony Joshua.

But veteran promoter Bob Arum has blamed Eddie Hearn for the collapse of the fight, saying: “It close but not a cigar.

“The problem was Eddie Hearn was screwing around with the deal he was trying to make with the Saudis. 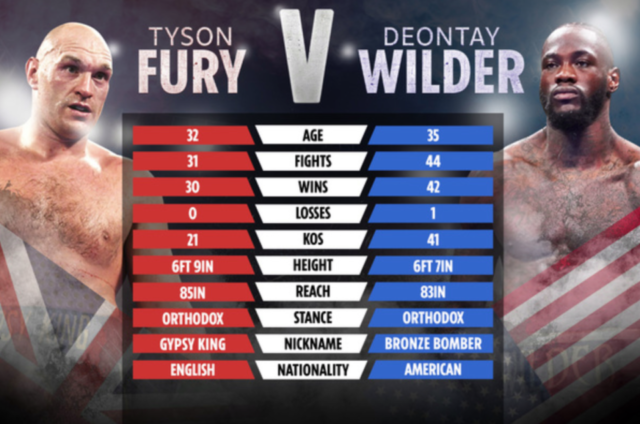 “And they aren’t fools. They had to do due diligence, they have to check what the split [was going to be].

“So they had to learn it back and forth and then there was Ramadan and we went nowhere – nowhere.

“And meanwhile, the arbitration was limping along and the judge decided the case for them.

“I don’t necessarily think it was right, but the judge decided. But he would’ve, in my opinion, not enjoined Tyson to fight Joshua if the fight had been signed.

“But it hadn’t been signed.”