Tyson Fury does NOT have mandatory challenger to answer, says promoter Frank Warren in huge blow to Dillian Whyte
Advertisement 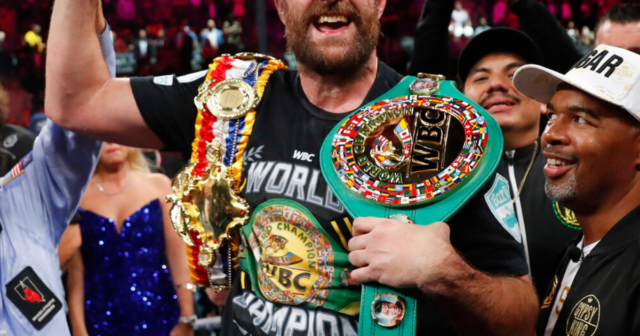 TYSON FURY doesn’t have a mandatory challenger for his heavyweight title due to Dillian Whyte’s legal proceedings against the WBC.

Whyte was expected to be mandated to fight the Gypsy King last week but will have to wait for the result of arbitration to find out if he’ll get his hands on his former sparring partner. 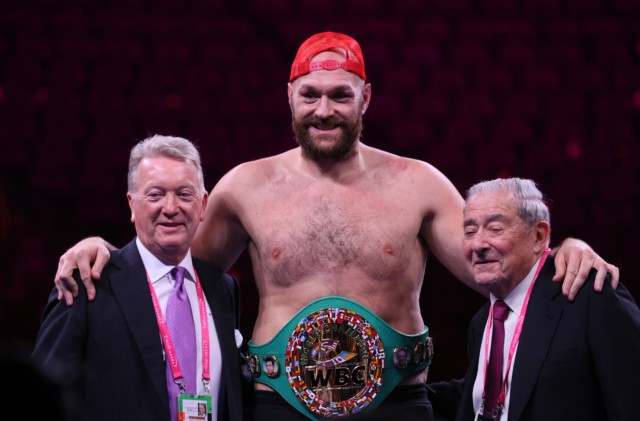 And Team Fury have no plan to wait for the outcome of the Brixton banger’s legal proceedings before deciding their next move.

Promoter Frank Warren said told talkSPORT: “Tyson Fury will be back in the ring by late February or early March.

“Due to the legal wranglings involving Dillian Whyte, Tyson does not have a mandatory call to answer and is free to proceed with a defence of his belt and it’s a fight I’d like to stage in the UK.”

He added: “It won’t impact on Tyson.

“Tyson’s made it very clear he wants to fight in late February/early March and that’s what we’re moving forward to do.

“Tyson just wants to keep active, he’s had just one fight in 22 months. Whatever happens with Dillian Whyte will take its course.

“Tyson’s got to make a decision on who he’s going to fight, the decision will be his.

“We’re not going to be hampered by his problems. They’re his to sort out.

“Tyson is the world champion, not Dillian Whyte.

“He’s not setting the ground rules here, that’s the champion that does that.”

Fan favourite Fury is hellbent on making his second defence of the WBC strap early next year and is happy to face whoever is put in front of him.

He said: “I thought I was going to be fighting Dillian Whyte but I don’t know what he has going on in his private life with the WBC.

“He has a court case going on and it’s kind of s**t because I know how long arbitrations can take because my own one with Deontay Wilder took 18 months. 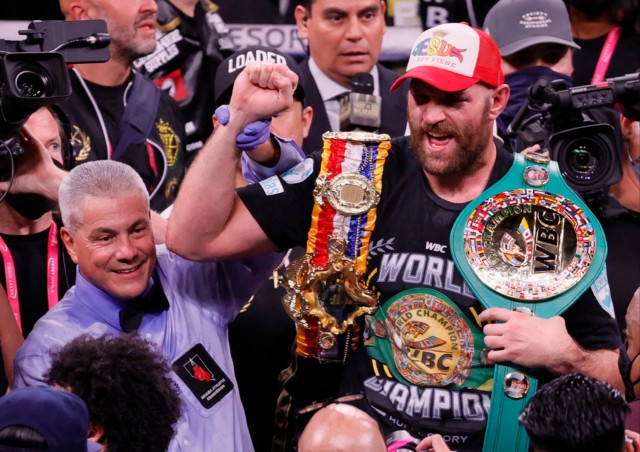