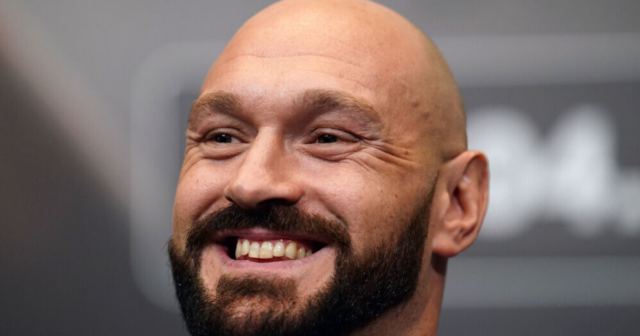 TYSON FURY’S fight with Dillian Whyte will end with a knockout – but both boxers could be surprised by the other, says trainer Adam Booth.

Whyte, 33, is set to get his second shot at winning a world title when he takes on The Gypsy King on April 23.

Tyson Fury is confident of knocking out Dillian Whyte

Fury, 33, is confident of winning the battle of Britain on St George’s Day but Booth warned that Whyte’s ‘freakishly long arms’ may cause him a problem.

“Yes, Tyson is the favourite – unbeaten world heavyweight champion and has overcome every possible obstacle in his way.

“Dillian hasn’t done that, he’s been knocked off the perch a couple of times.

“I think the interesting thing that’s probably gonna catch them both out in the fight is the length of the arm of the other man.

“Dillian’s got freakishly long arms for a man his height and that’s something that he’s benefitted from his entire career.

“Tyson Fury – freakishly long arms and 6ft 9ins – obviously he has the reach advantage over Dillian.

“I think that’s gonna be a factor in the fight as well. I don’t see it going the distance.”

Whyte’s promoter Eddie Hearn has also warned Fury he will not find things easy against his fighter.

Hearn suggested Fury does not have the power to knock out Whyte.

And he warned that if the fighters trade blows late on Whyte will come out victorious – Hearn has predicted an 11th round KO for his man.

Advertisement. Scroll to continue reading.
In this article:besurprised, dillianwhyte, theother