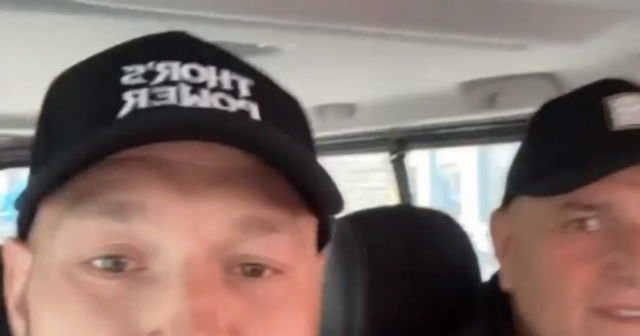 TYSON FURY flew to Iceland with his dad John to confront Hafthor Bjornsson – but ended up AXE THROWING instead.

Tyson Fury and his dad John taking a trip to Iceland

And their mission was to “find” Game of Thrones star Bjornsson following talk of an exhibition bout.

But the former world’s strongest man was instead in Rome filming a movie, so Fury had to find other ways to entertain himself.

That included buying Vikings hats, heading to the pub and going axe throwing.

After Bjornsson caught wind of Fury’s trip to his homeland, he demanded a fight contract be sent his way.

He said: “I’m currently in Rome filming a movie, loving life and guess what?

“Tyson Fury’s in Iceland, he tried to find me, couldn’t find me because obviously I’m not there.

“But Tyson, if your team is serious, if you’re serious about fighting me, have your team send me a contract, lets get serious and I’ll find you.

Bjornsson, 33, recently beat strongman rival Eddie Hall, 34, in their gigantic grudge match in March but he has not returned since.

But it appears his hiatus was short-lived after claiming he was coming back to face Derek Chisora, 38, in an unlikely trilogy bout.

The fight was first eyed for December but shortly after, Fury appeared to suggest his rematch with Chisora was already off. 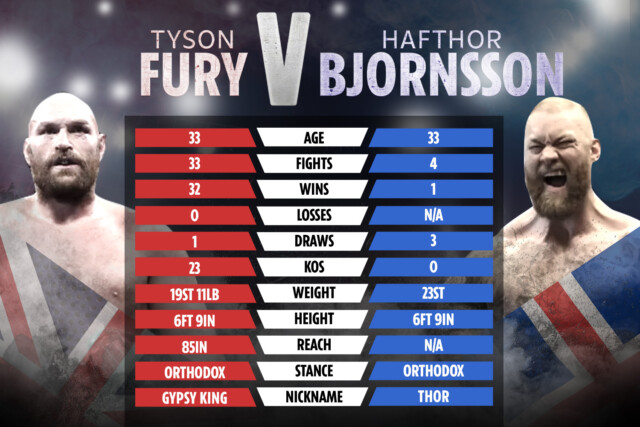 He said: “Do you know the funny this is – people love to do deals and then ask for more or change the goalposts.

It would free up Fury to fight Bjornsson in a extraordinary exhibition.

With the Gypsy King still keeping hold of his WBC title, an undisputed decider remains on the cards.

But he first has to wait for Oleksandr Usyk, 35, to rematch Anthony Joshua, 32, next Saturday, following the Ukrainian’s win last September.

Fury would then be in line to challenge the winner in what would be a first-ever heavyweight unification in the modern four-belt era. 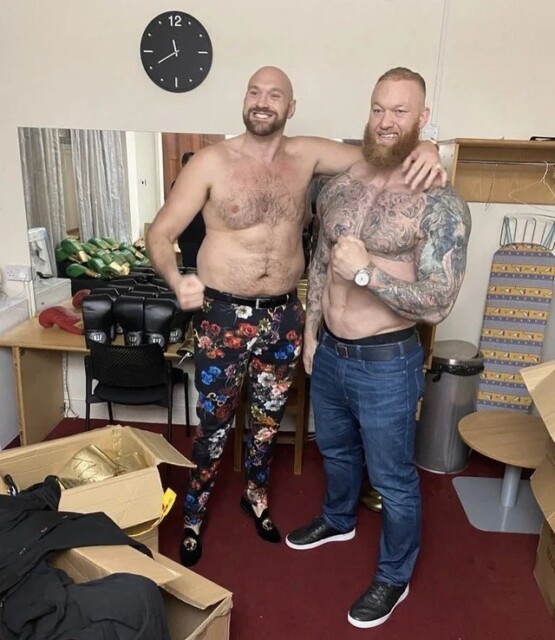 Tyson Fury and Hafthor Bjornsson could fight in an exhibition