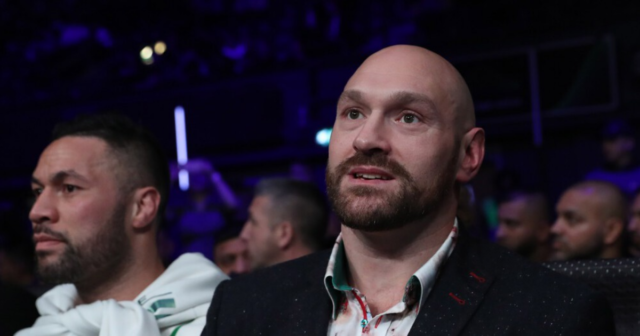 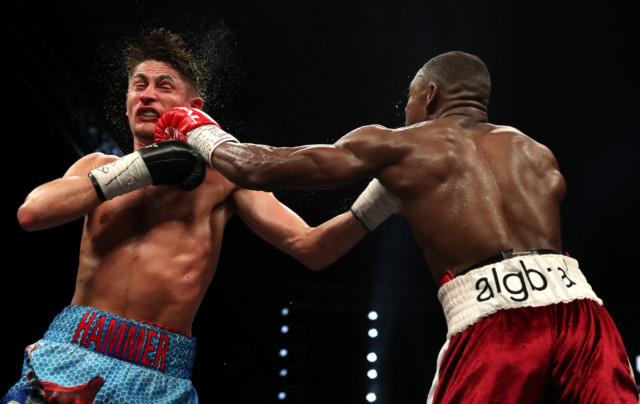 Azeez got the win in round seven 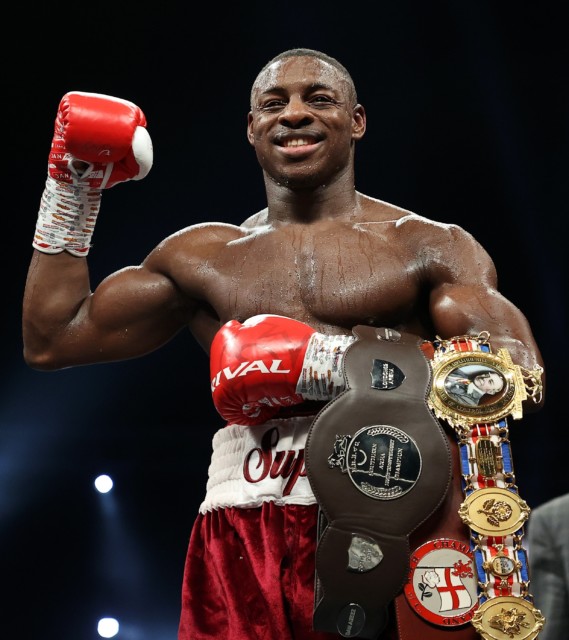 Almost all seven rounds were painfully one-sided, with the ringside WBC heavyweight king trying to enjoy his evening but having it spoiled by the result.

And the rock-hard support can certainly be proud of 33-year-old Burton refusing to hit the canvas.

But John Latham had to stop the bout after Azeez launched another brilliant barrage to bring a spectacular end to the best performance of his career.

Azeez buzzed Burton early in the opener with a right hand that pushed him back into the ropes.

The proud Traveller was pinged by a jab moments later and was being beaten to the puncher by the shorter man.

When the bell went to end the opening session, Fury was seen clapping his cousin but he had definitely lost the round

Burton threatened to improve at the start of the second but Azeez kept using his opponent’s height advantage against him, ducking under his jab and uploading power shots.

Azeez was bobbing and weaving under all of Burton’s long straight shots and the south Londoner landed a few big right hands in the third that rocked Burton again.

And then a brilliant leaping left hook cracked Burton’s skull again, just before the bell rang to end the one-sided round.

Manchester trainer Joe Gallagher told Burton he was too scared to throw his jab enough before the fourth started.

And Azeez kept punishing him for his hesitancy in the fourth, with booming right hands as Burton’s face turned pink and lumpy.

Burton was battered at the start of the seventh, his extended family jumped to their feet to try to support him and he showed incredible guts to stay upright.

But Azeez eventually backed him up into a corner and brutalised him to end a magnificent showing from the underdog.

Advertisement. Scroll to continue reading.
In this article:sevenrounds, thebritish, tysonfury