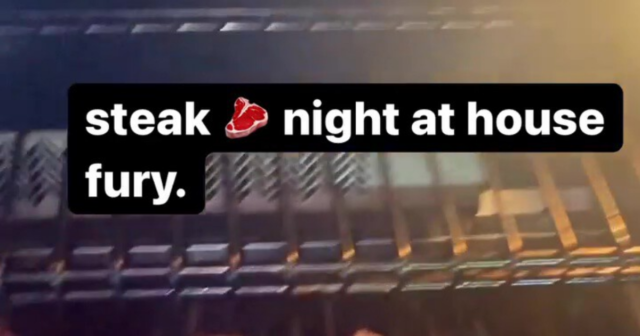 TYSON FURY is the heavyweight champion of the world.

Fury cooked the juicy slabs of meat on a large outdoor BBQ grill.

And the pair revealed their secret ingredient to give the meal an extra edge – lashing of Worcestershire sauce.

The protein-laden meal is sure to give Fury even more strength for his new fight after beating Deontay Wilder yet again.

Fury was expecting the WBC to order a fight against No1 contender Dillian Whyte.

But, in a dramatic twist, the WBC refused to mandate the fight until interim champ Whyte drops or concludes the legal cases he has against them over the infuriating delay to his world title shot.

And Fury has now given Whyte a three-month deadline to get his issues with the WBC sorted.

Fury told IFL: “I thought I was going to be fighting Dillian Whyte but I don’t know what he has going on in his private life with the WBC.