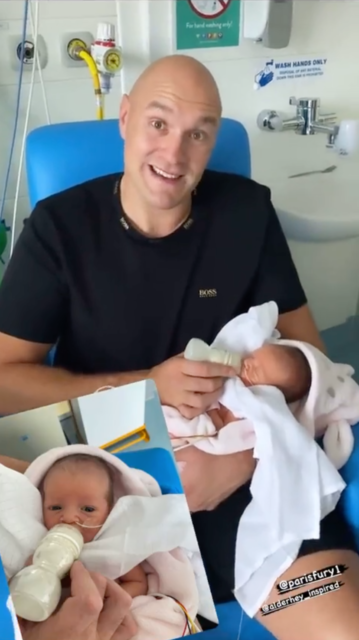 TYSON FURY is hoping his newborn daughter Athena will be able to leave hospital today.

Fury and wife Paris welcomed their sixth child into the world earlier this month but saw her immediate placed into the intensive care unit.

Tyson Fury holds baby Athena after her release from the ICU

Baby Athena, however, was released from the ICU earlier this week and is currently breathing on her own.

And the Furys are hoping to take their latest bundle of joy home today.

In a video on Twitter, The Gypsy King said: “Just finished a little run this morning.

“Getting it in. Still here at the hospital.

“Hopefully we’ll be leaving today and I can start training camp for the big dosser.

“Big shoutout to the people of Liverpool, they’ve been so welcoming.”