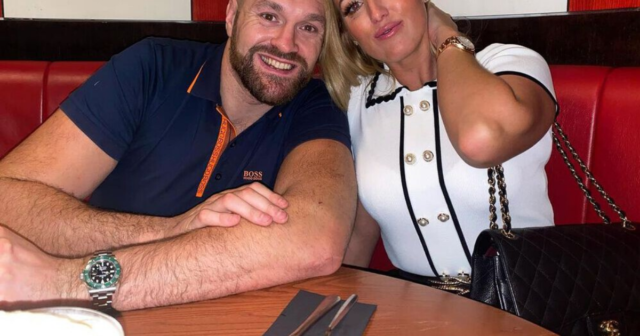 TYSON FURY revealed he’s looking for a new home in Surrey and might finally move out of his modest Morecambe pad.

The Gypsy King lives in his £500,000 house on Morecambe Bay – but might be on the lookout for a new place to stay.

The Fury family live in Morecambe, which world champ Tyson described as ‘beautiful’

And Fury, 33, looks to be heading down south for good.

He said: “I might move down to the Big Smoke.

“I might be buying a place down in London. I am looking at some houses in Surrey.

“I do like the solitude of Morecambe but Surrey is in the countryside.

“Nobody could go skint in Morecambe because you only need about £150 to live up there.

“It’s a Northern seaside town, no glitz, no glamour, no Chanel or Louis Vuitton shops.

“It’s fish-and-chip specials, usually two for a fiver, and potted shrimp. I run along the promenade most days and can see the Lake District most days.”

Fury also confirmed he’ll train at home for this fight rather than in the States, and he’s looking forward to having dad John in his corner.

John Fury is banned from entering the USA due to a criminal record – but will be at Wembley for the April showdown.

Champ Tyson said: “The time difference is too much for me to go back to Las Vegas to train again, for a UK fight.

“But after April I will go back to Las Vegas because that is the home of the Gypsy King, those rays of sunshine is where I belong.

“I have bought a big beautiful house out there and never really used it, one camp.

“My trainer Sugar Hill is living in the house rent free right now, sending me photos of all the fun he is having. I love it over there.”

He added: “I will not live at home during a camp, It’s impossible.

“I will leave my house eight weeks out and have total tunnel vision.

“I have a couple of properties in Morecambe that I will be able to use for the camp.

“The weather is cold and hard but that’s how the Lancashire Valleys breed its men.

“It will good to have him (John) around for the training camp. I could probably get him on the undercard for the way he trains.”

Advertisement. Scroll to continue reading.
In this article:dillianwhyte, newhome, tysonfury