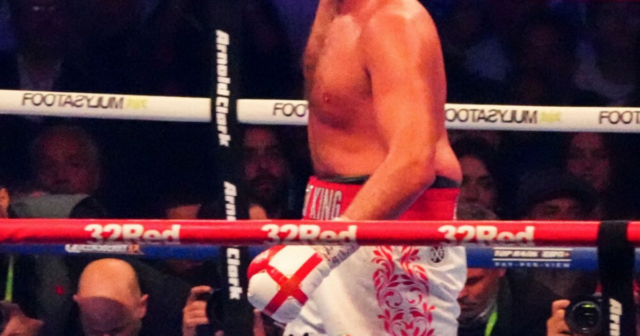 TYSON FURY has once again retired from boxing – just days after announcing plans to return to the ring.

The Gypsy King ended his short-lived retirement – which he announced after knocking out Dillian Whyte last April – earlier this week to pursue a shock trilogy fight with Derek Chisora. 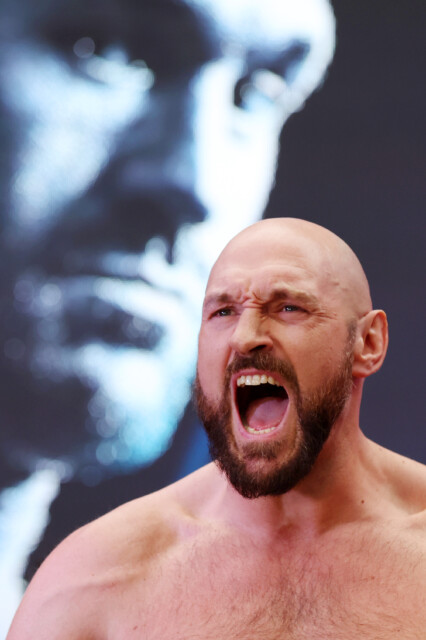 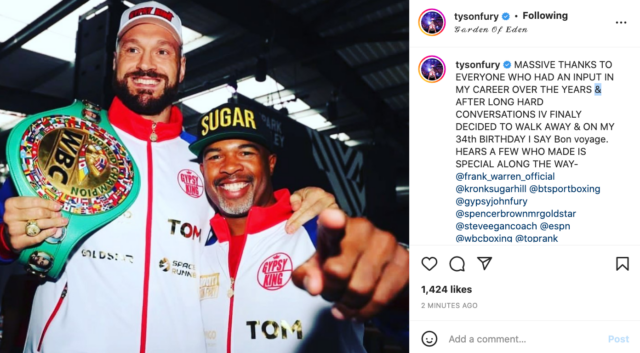 But the WBC heavyweight champion has opted against returning to the ring.

The 34-year-old wrote on Instagram: “Massive thanks to everyone who had an input in my career over the years.

“And after long, hard conversations, I’ve finally decided to walk away and on my 34th birthday.

After paying tribute to those who have helped him throughout his career, favourite Fury then hailed dotting wife Paris.

He added: “Shoutout to Paris Fury, who helped me more tha anyone.

Fury’s second retirement U-turn came a mere TWO DAYS after he claimed pal and training partner Issac Lowe would coach him for a third fight with Chisora.

He said: “I’ve decided to come back to boxing because I can be the first heavyweight champion in history to have two trilogies.

“And here we are, breaking all records again, setting precedents.”

Fury’s plans to stay retired could very well have stuck the final nail in the coffin of a blockbuster Battle of Britain with Anthony Joshua.

“I swear to God I hope he wins the fight against [Oleksandr] Usyk so that I can come out of retirement and fight him for free.

“However, the terms are this – I want it at Wembley stadium, I want it free to enter and I want it on free-to-air in television in this country.

“I’ll fight him in England, not abroad in a foreign country for more money, here for free for the people.”

If Fury is indeed retired, he’ll walk away from the sport on the back of a brutal sixth-round KO victory over Whyte at Wembley.

Victory over his former sparring partner was the Brit’s second defence of the prestigious WBC heavyweight title and stretched his record to a near-perfect 32-0-1.