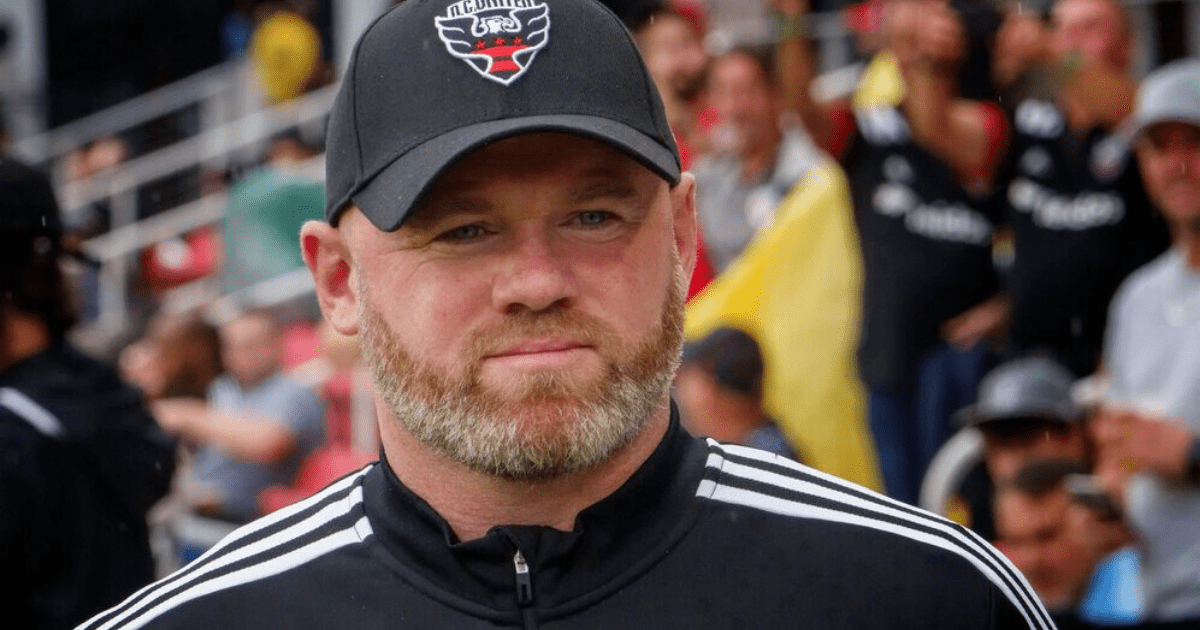 The Manchester United and England legend was ringside at Wembley for the 34-year-old WBC Gypsy King’s one-sided defence against Derek Chisora on Saturday.

Wayne Rooney has been invited into the ring the heavyweight champion

The boxing-mad Scouser – who was infamously knocked out by fellow player Phil Bardsley in a friendly 2015 sparring session – hailed the Morecambe giant and put him forward for a knighthood.

And Fury responded by offering 37-year-old Wazza the chance to impersonate the 6ft 3in southpaw in the ring over a few rounds, ahead of their spring showdown.

“I grew up watching him as a youngster for England and United. So, that’s an amazing speech from him.

“He’s a massive boxing fan, he comes from a boxing family as well. So, hopefully, we can have a little spar in the future sometime.

“I do need someone smaller to prepare for Usyk. Wayne, if you’re listening, get on the blower, son!”

After dominating Del Boy over 10 hard-to-watch rounds, Fury called Usyk up to his ring and set-up their duel perfectly with some trash talk.

Away from the 60,000 fans he was more measured and complimentary about the London 2012 Olympic and undisputed cruiserweight champion.

And Rooney reckons Fury’s ability to batter opponents with one hand and hold the public in the palm of his other, marks him out for a special commendation.

“I think he’s an absolute legend for what he’s done for boxing,” Rooney said. “He’s entertaining, his skills are incredible, his mentality is incredible.

“If I’m being honest, I probably think he should be knighted because he hasn’t been afraid to go abroad, he’s won titles abroad, defended them abroad and he epitomises everything that boxing is.”

But Fury – who demanded to be withdrawn from the 2021 BBC Sports Personality of the Year awards – played down his nomination for a meeting with King Charles.

“As daft and bizarre as this might sound to people, I’m really happy with who I am,” Fury said.

“I’m the people’s champion. I don’t really need some accolade, award, or promotion to let me know who I am, what I do, or who I am inside.

You can also watch professional boxing matches live on TV if you don’t have a partner and want to learn boxing. You can also find an amateur boxing gym near you. Amateur boxing clubs hold regular training sessions. These sessions often involve sparring partners who hit the pads together.

Professional boxing requires dedication and years of hardwork. If you want to become a professional boxer, you’ll need to dedicate at least 10 hours per week to training.

People who are looking to start their own business often ask how to set up a boxing club. People often ask what amount they should spend on equipment, what size space is needed, how many people do they need, etc. There are many factors that affect the cost of starting your own business. Some of these factors are location, type and number of employees, budget, competition, etc. But one thing that most people forget is the importance of having good equipment. You cannot begin if you don’t own the right equipment. These are some great tips for starting a home boxing club.