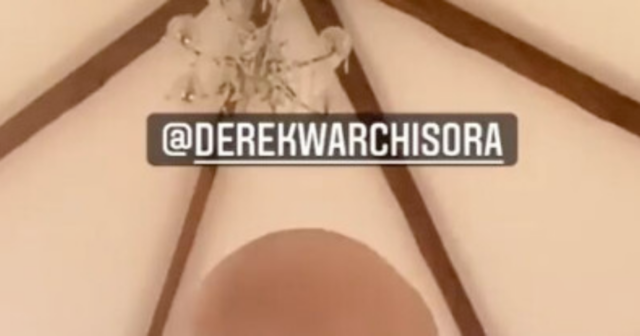 TYSON FURY has laughed off Derek Chisora’s claim that Anthony Joshua could ‘blast him out’.

Chisora, who was twice beaten by Fury, predicted AJ has the punch power to shut the Gypsy King’s lights out.

But the WBC champion – who got up off the floor to beat heavy-hitter Deontay Wilder in October – scoffed at the suggestion.

Fury said in a Twitter video: “This is a message to Derek Chisora, I’ve just seen that you said you think AJ would blast me out. Never in a million years.

Chisora, 38, is a former Finchley Amateur Boxing team-mate of AJ’s and is now part of the British superstars’ 258 Management stable.

And he backed Joshua, 32, to upset Fury, 33, in a potential fight – but only if he gets in down inside the distance.

“If AJ fights Fury, he has to go on him straight away, blast him out. He can’t box him. If he boxes with him, he loses.

“If you give Fury time on the ball then you’re in trouble.”

Joshua and Fury were all-set to finally fight on August 14 in Saudi Arabia, in the first-ever, four-belt heavyweight undisputed title decider.

But Wilder, 36, was still owed a contracted trilogy bout, which later cancelled the all-English unification.

Fury went on to KO the American after 11 epic rounds, but two weeks later AJ was stunned by Oleksandr Usyk, 34, on points.

Joshua is now set to invoke his right to an immediate rematch in April, and Chisora said with the right game plan, revenge is his.

He added: “I think AJ wins that second time round.

But typically, Fury doubted Joshua’s chances of avenging defeat to Usyk, and goaded that he will be the one knocked out.

He said: “So Del, he ain’t got the bottle to fight Usyk again. Usyk will smash him next time, properly.

“Never mind beat him on points, he’ll knock him out. But listen, it only takes one man like me.

“There’s only ever been one man on these shores, and he’s called the Gypsy King, AKA Tyson Fury.” 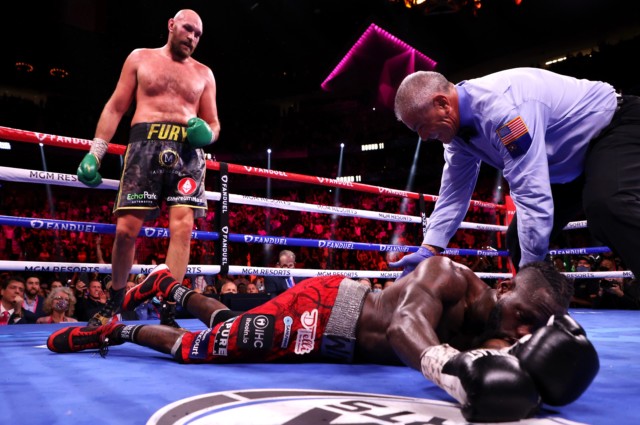 Tyson Fury knocked out Deontay Wilder in their trilogy bout 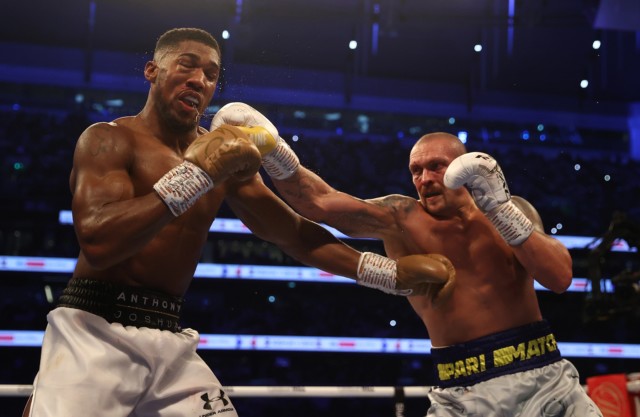