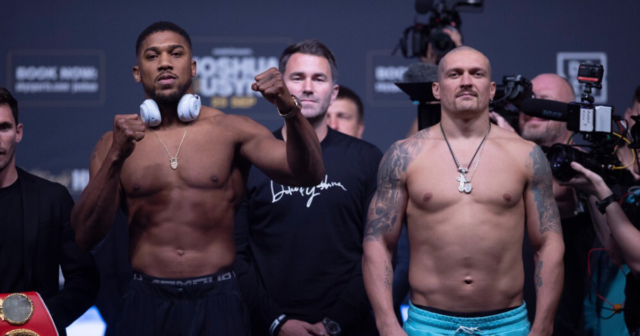 EDDIE HEARN has claimed Tyson Fury has pulled out of fighting Oleksandr Usyk for the undisputed title.

For that to happen, AJ and WBC mandatory challenger Dillian Whyte would need to receive a fee sit out.

And Hearn admitted they were ready to listen to offers for Joshua, but would also need a guarantee of fighting the winner between Fury and Usyk.

But the promoter has now claimed the Gypsy King ‘never wanted’ to fight Usyk and will instead face No1 contender Whyte.

Hearn told iFL TV: “The reality of the situation is; we would be willing to see a long-form agreement with a plan for AJ.