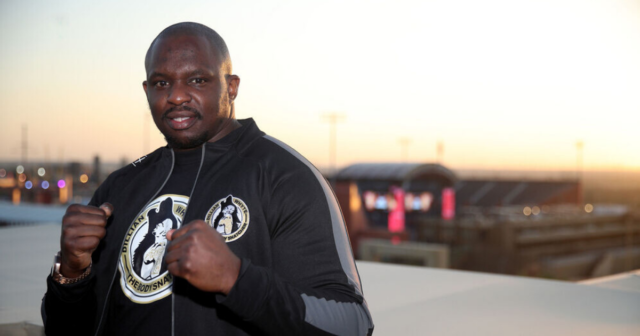 The purse bids were initially scheduled to take place on January 11 before being put back to January 18.

But now Hearn and Frank Warren – Fury’s promoter – will have to wait until Friday, January 21, for make their first bids.

Speaking to BBC Radio 5 Live, Hearn said: “We received an email overnight – this Friday is the official date of the first bid now.

“Obviously there’s the legal situation between Dillian and the WBC as well but we’re looking to move forward.

“I think people keep talking about March dates and stuff like that – that’s starting to become very unrealistic.

“Dillian wants to fight he hasn’t boxed since March of last year.

“Hopefully we can progress with purse bids if need be or complete a deal.”

The WBC has ordered Fury to fight Whyte with Warren suggesting a March date in the UK is likely.

But the WBC also ruled Whyte would receive just 20 per cent of the overall purse, which has angered the Brit.

In response, Whyte has launched a legal battle in an attempt to have his share boosted – but he is likely to fight Fury regardless of what the Court of Arbitration decides.

Did you miss our previous article…
https://www.sportingexcitement.com/boxing/how-can-i-buy-logan-paul-and-ksis-new-drink-prime