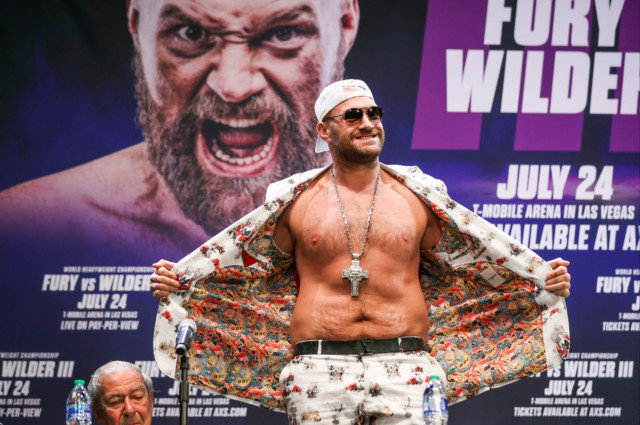 TYSON FURY is ready to turn his attentions to UFC superstar Francis Ngannou after fighting Deontay Wilder and Anthony Joshua.

The Gypsy King is braced for a busy year starting with his trilogy with big-hitting Wilder on July 24.

Fury was initially braced to take on Joshua in August to determine who will be crowned the undisputed champ.

But those plans were scuppered after the Court of Arbitration ordered Fury to fulfill his contractual obligations to scrap the Bronze Bomber.

The 32-year-old will then fight his fellow countryman before eyeing a ‘stand-up bang out’ fight with Ngannou.

Ngannou is the current UFC heavyweight king after knocking out Stipe Miocic.

But he dreams of making the switch to boxing to fight Fury in the future.

And it’s an offer Fury is eager to accept, especially after training with the legendary Nick Diaz in the octagon.

He told TMZ Sports: “Nick looks good. Nick is training hard and he is making his comeback. 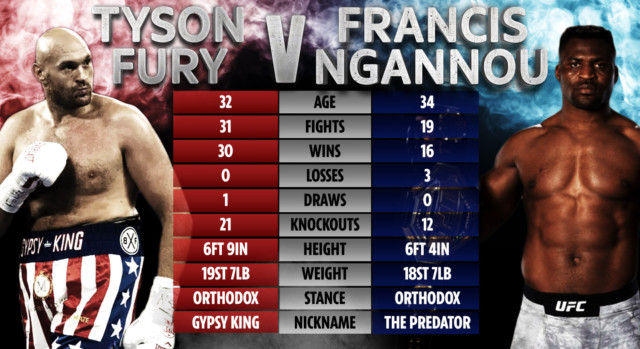 “He did tell me that Ngannou can’t do any wrestling anyway, so we are just looking for a stand-up bang out.

“Me and Ngannou in the small gloves, let’s make it happen.

“As soon as I am done with Wilder and Joshua, I will fight Ngannou in an octagon, in the four ounce gloves and just punching.”