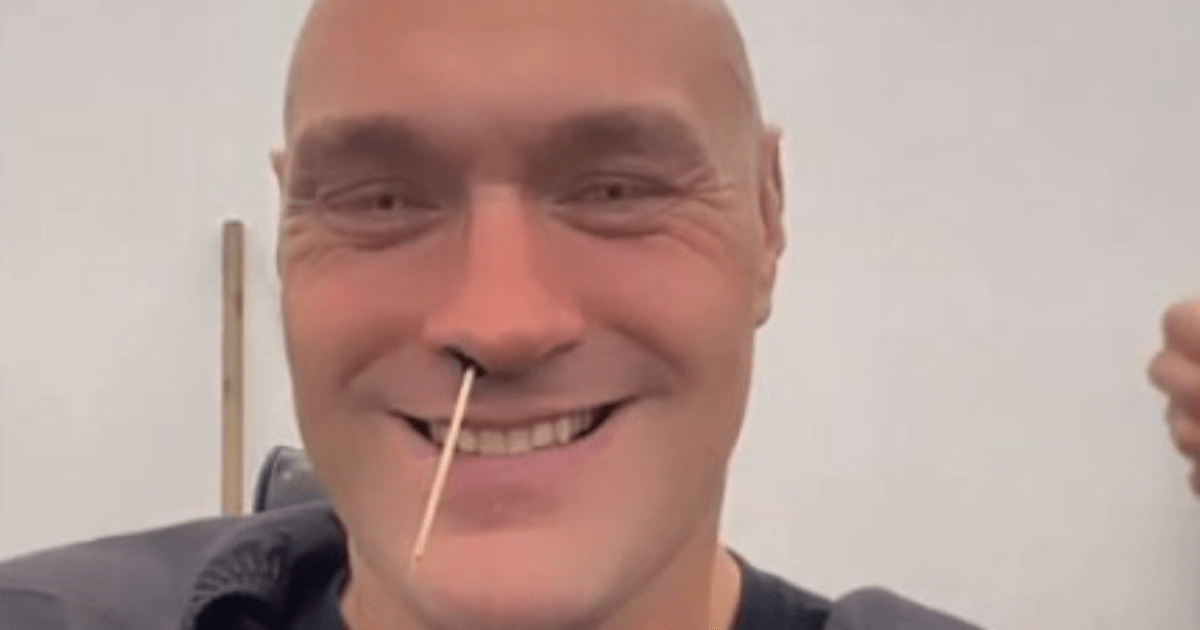 TSYON FURY was filmed screaming in agony while he had his nostrils waxed ahead of his return fight.

Fury, 34, has beaten them all throughout his glittering 14-year boxing career, but he may have finally found his match.

Tyson Fury appears have finally found his match, and it’s not a boxer 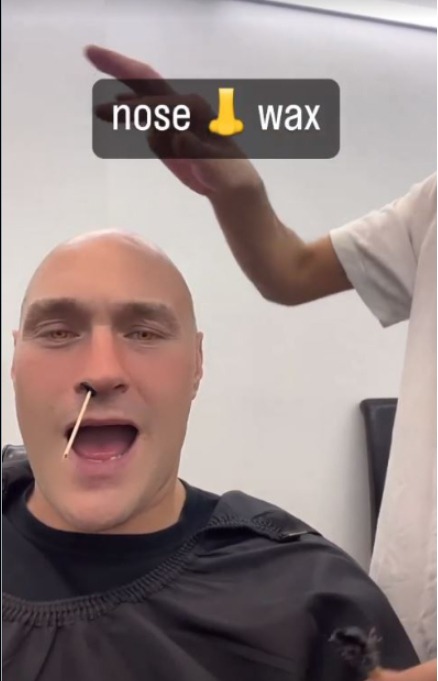 The Gypsy King decided to have his nose waxed but the pain proved to be too much even for an undefeated heavyweight legend.

The 34-year-old Brit posted a story on his personal Instagram page that saw him getting two q-tips up his nostrils before the aesthetician pulled them with force.

Fury has endured tremendous pain throughout his career, who could even forget the way he immediately got back up to his feet after a knockout punch by Deontay Wilder back in 2018?

But the suffering caused by the nose wax proved to be too much as the boxing star cried in pain.

Buit that won’t stop the Mancunian from returning to the ring after his retirement U-turn.

Fury claimed he had hung up his gloves after beating Dillian Whyte in April but quickly changed his mind and has now returned to training camp.

The heavyweight great expected to take on Anthony Joshua in an all-British showdown but it seems like the fight has been called off.

Fury initially wanted to unify the belts against Oleksandr Usyk, who twice beat Joshua, but the Ukrainian superstar ruled himself out until next year in order to rest and recover.

The undefeated fighter’s camp originally set a deadline on 5pm on Monday, September 26 but then extended it by a couple of days.

AJ’s promoter Eddie Hearn claimed he returned a final revised contract last week but had not heard from Fury’s camp and has now declared the fight dead.

Hearn remains open to reviving talks, while Fury’s US promoter Bob Arum claimed Joshua’s rep is “stalling everything, because he doesn’t want the fight to happen”.

The Gypsy King still has a fight date booked for December 3 but has no opponent.

Reports suggest he may soon share the ring with German heavyweight Mahmoud Charr.

Professional boxing takes hard work and dedication. If you want to become a professional boxer, you’ll need to dedicate at least 10 hours per week to training.

It takes about 3 months to learn boxing. This includes learning how to do footwork, stand, and balance. Remember that boxing is more than just throwing punches. It is important to know how to dodge and block attacks.

Boxing can be considered one of the oldest and most well-known martial arts. China recorded the first boxing match in 2200 BC. Boxing has been practiced over thousands of year. Boxing is still a popular sport among celebrities and athletes. However, it takes around 10 to learn how to box.

Because boxing involves so many movements, it is slow to learn. To perform each movement properly, you need specific muscles. This is why it takes time for these muscles to grow.

Anyone who wants to open a business is often asked how to set-up a boxing studio. Many people ask how much money they should spend on equipment, what kind of space is needed, how many employees do you think you need etc. The cost of starting a business can be affected by many factors. Location, type of business and number of employees are all important factors. One thing most people overlook is the importance and value of good equipment. You can’t start if you don’t have the right equipment. These are some great tips for starting a home boxing club.

Advertisement. Scroll to continue reading.
In this article:inpain, tysonfury, waxed