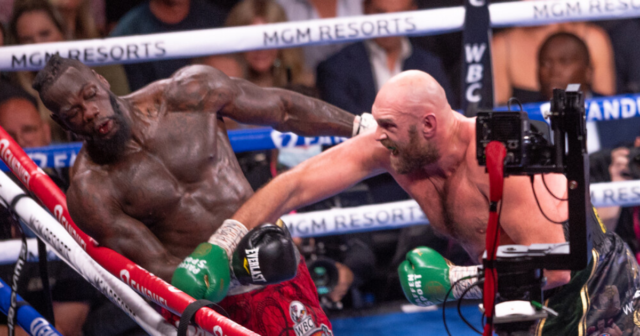 TYSON FURY slammed Anthony Joshua as a ‘mug’ for criticising Deontay Wilder after his own defeat to Oleksandr Usyk.

Joshua was outclassed over 12 rounds in September as he tried but failed to outbox Usyk.

AJ recently broke down the Bronze Bomber’s loss and put it down to the American’s approach tactically.

But Fury, appearing to reference Joshua’s own shortcomings against Usyk, tweeted: “Irony of this mug.”

It comes after Joshua told JD Sports: “[Wilder] tried, but to get that power and that ferociousness, you have to have it up here [points to his head].

But Wilder, 36, won his right to his contracted trilogy bout with the unbeaten Brit, so AJ was instead mandated against Usyk.

After losing, he has now invoked his right to an immediate rematch, meaning Fury’s hopes of a unification are slim.

The Gypsy King and his US promoter have tried to urge AJ to step aside and allow him to instead face Usyk.

But with that almost impossible, Fury fears Joshua will lose the rematch with Usyk and their fight will go up in smoke for good.

He told Boxing Lowdown: “If Joshua goes in again and loses, which I think he will, that fight’s dead in the water for me.

“But if he lets me fight Usyk and I batter Usyk, then I’d come back and batter him as well.” 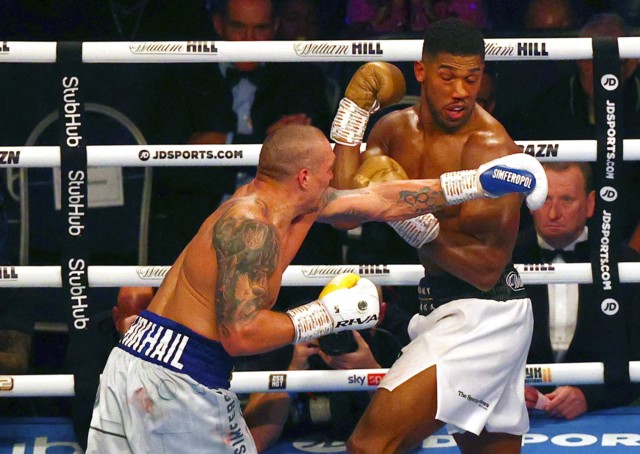