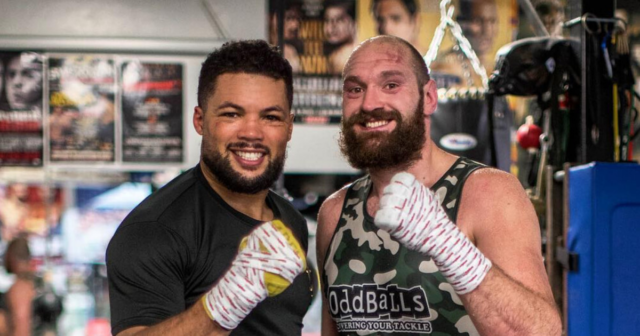 TYSON FURY has picked Joe Joyce as ‘the best one out there’ to challenge for his throne in a surprise snub to his other heavyweight rivals.

Fury right now is the top dog in the division, having knocked out Deontay Wilder. 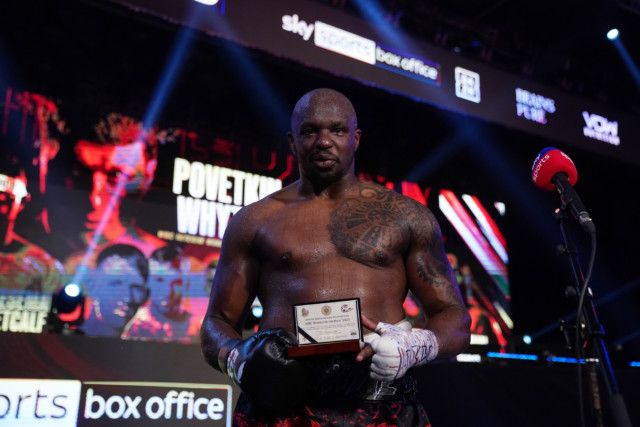 Dillian Whyte is one fight away from facing Tyson Fury

And if Dillian Whyte beats Otto Wallin on October 30, he will be the next in line for the Gypsy King’s WBC title.

Fighting for the undisputed crown is also in Fury’s sights before the end of 2022, but he has to first wait for Anthony Joshua to rematch Oleksandr Usyk.

Despite all the usual suspects lurking underneath him, the unbeaten champion believes British contender Joyce is the best of the bunch.

His promoter Frank Warren told Sky Sports: “I was talking to Tyson about him. Tyson said that he’s the best one out there.

But instead Wilder, 35, won an arbitration case which meant he forced through his contracted trilogy bout with the Gypsy King.

He later lost it after 11 thrilling rounds, just weeks after Usyk dethroned AJ of the unified titles at Tottenham’s stadium.

The heavyweight saga meant Joyce, who sparred Fury in 2018, was frozen out, but did get placed as the WBO’s next mandatory challenger.

He returned in July with a win over veteran Carlos Takam, 40, and will now wait patiently in the heavyweight queue.

But his promoter fancies Joyce’s chances against Usyk, who he lost to in the amateur World Series of Boxing tournament in 2013.

Warren said: “Him and Usyk would be a great fight. He could hurt Usyk, he’s a big man.

“Could he beat Usyk? Yes. He fancies it and I fancy it. He isn’t going to back off Usyk. He’d let his shots go.

“It won’t be the little man out-jabbing the big man – that will not be happening.”