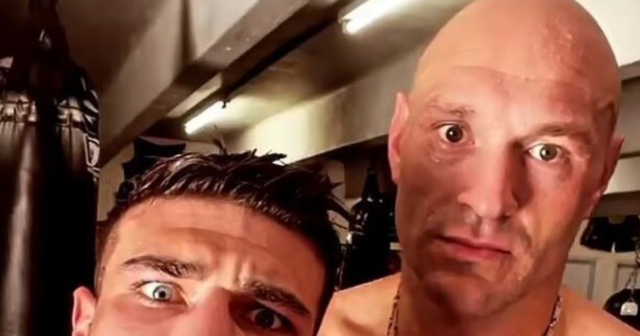 TYSON FURY will fly out to Las Vegas to help his half-brother Tommy prepare for his fight against Jake Paul.

And father John Fury believes the heavyweight world champion will be an important influence on Tommy.

Fury vs Paul will take place in Tampa Bay, Florida on December 18 – the culmination of months of feuding and trash talk between the pair.

Tommy Fury flew to Vegas last week to prepare for the bout and will be joined by Tyson, who retained his heavyweight crown in the city earlier this month.

John Fury told BT Sport: “Tyson’s going to be in his corner that night. I think Tyson’s flying out there in a few weeks to help him out.

“Whatever desire he’s missing, Tyson will put there, I’m sure of that.

“Tyson will sort his head out so I’m looking for a Tommy win in explosive fashion – the end of Jake Paul.”

With the family reputation on the line, Tommy will surely be grateful to have the experience and knowledge of Tyson alongside him.

The Gypsy King recently said he would change Tommy’s last name if he fails to beat Paul, and offered up other words that should help inspire him to be his best.

“He’s got ambitions of being a world champion, never mind beating some YouTube guy.

“His name’s Fury. If he can’t beat Jake Paul, I’ll have to change his name.”

Advertisement. Scroll to continue reading.
In this article:jakepaul, tampabay, tysonfury