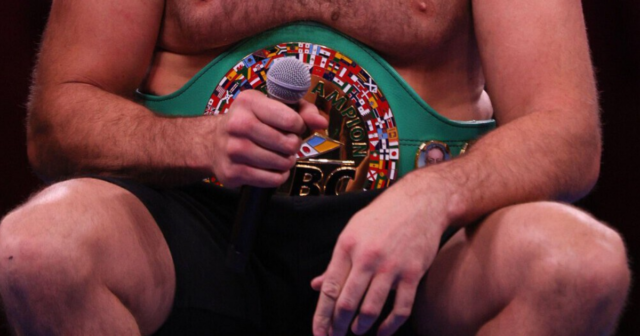 TYSON FURY could be back in the ring in March to face either Dillian Whyte or Joe Joyce in the UK after beating Deontay Wilder.

That is according to legendary promoter Bob Arum, who talks to Fury regularly and insists he won’t be retiring from boxing any time soon.

Tyson Fury could be back in the ring next March, according to promoter Bob Arum
Dillian Whyte has been touted as a future opponent for Tyson Fury

Arum believes the Gypsy King will be back in action this coming spring against a big name, such as Whyte or fellow British heavyweight Joyce.

The American boxing personality told Blue Blood Sports TV: “I talk to Tyson all the time, he is assuredly not going to step away from boxing.

“The question is, when he will fight next? And if I had to guess, probably I would say March.

“But again, in March, I’d like Tyson Fury to fight in the UK and I think among the opponents would be Dillian Whyte or maybe this big English guy Joe Joyce.”

Fury completed his trilogy with Wilder by beating him for a second time with an 11th-round knockout earlier this month.

This came after the British superstar’s triumph over The Bronze Bomber last year, which followed a controversial draw from 2018.

The 33-year-old bruiser was expected to face WBC interim champion Whyte next, with Oleksandr Usyk and Anthony Joshua having their rematch next year.

But Arum has insisted that Fury’s fellow Brit will not be confirmed as the mandatory challenger by the WBC until he faces Otto Wallin.

Joyce, on the other hand, has enjoyed some impressive wins over the previously undefeated Daniel Dubois and Carlos Takam.

Fury has previously dubbed the Juggernaut as a future world champion, according to his other promoter Frank Warren.

Did you miss our previous article…
https://www.sportingexcitement.com/boxing/watch-jamel-herrings-fuming-wife-give-evil-look-at-shakur-stevenson-despite-battered-husband-embracing-rival