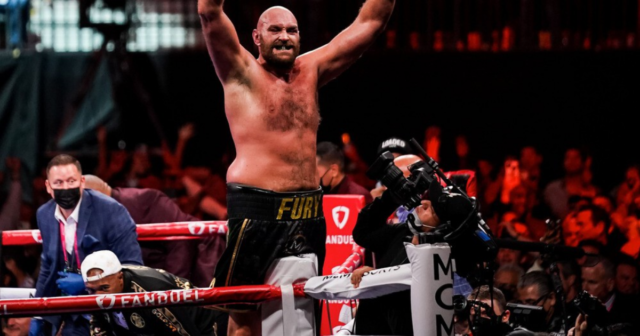 TYSON FURY is NOT a blockbuster ticket seller in the United States, according to PBC vice president Tim Smith.

Fury, 33, has headlined cards in the States five times in his so-far perfect career, with all but one of them taking place in Las Vegas.

Tyson Fury fought Deontay Wilder in front of three packed crowdsBut his bouts with Tom Schwarz and Otto Wallin were fought in front of less than 10,000 fans 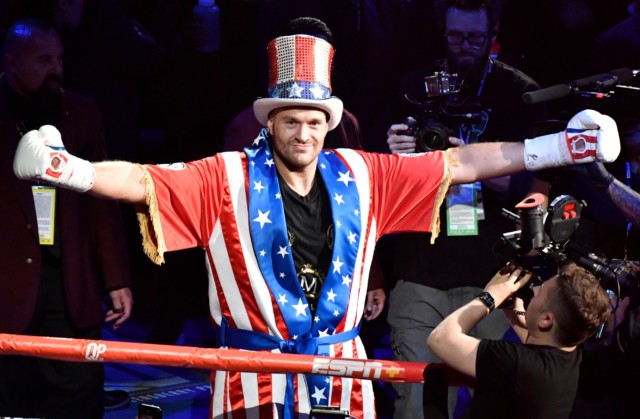 The WBC heavyweight champ’s trilogy with rival Deontay Wilder was contested in front of raucous crowds at Los Angeles’ Staples Center and Vegas’ MGM Grand Garden and the T-Mobile Arena.

The Gypsy King’s clashes with Tom Schwarz and Otto Wallin at the latter two arenas, however, were only attended by 9,012 and 8,249 fans respectively.

And those poor attendances have left PBC chief Smith believing the burly Brit needs a good dance partner to sell out arenas.

“But nobody’s coming to see Tyson Fury as a gate attraction unless he’s fighting Deontay Wilder, no one.

“But in America, who’s coming to see Tyson Fury fight anyone other than Deontay Wilder?”

Fury won’t have to worry about selling out arenas if his proposed grudge match with Dillian Whyte takes place in the UK.

The WBC have ordered the former lineal heavyweight champ to defend his title against his old sparring partner later this year.

Purse bids for the Battle of Britain were due to take place this week but have been pushed back until January 18 to allow further negotiations between the two parties.

During an appearance on talkSPORT, Queensberry Promotions chief Frank Warren said: “First of all, the purse bid’s been pushed back by a week now.

“That was done [Saturday], so the purse bid will be seven days after so I think it’s next Monday or Tuesday.

“As regarding the split, of course, they’re entitled to an appeal. I don’t think they’ll get anywhere because purse bids are based upon boxers’ previous earnings.

“A situation in the last year I can think of is when Canelo fought against his mandatory at the time, Billy Joe Saunders, but Billy had just done a deal.

“There was no way he was going to get any 45 per cent of a purse because the guy who generates the most money out of the two of them is Canelo.” 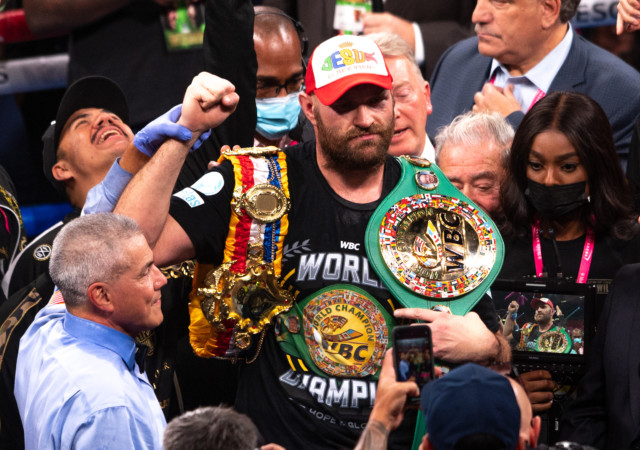 Warren added: “Certainly when you’ve got a heavyweight generating the money that Tyson’s generating, there’s never gonna be that kind of split.

“That is not something that’s new, this has been this way for over 25 years at least. Most of the organisations operate this way and that’s what it is.

“They can make their appeal, nobody would in any way from our perspective say you can’t do that, but fact of the matter is I don’t think it will make a difference.”