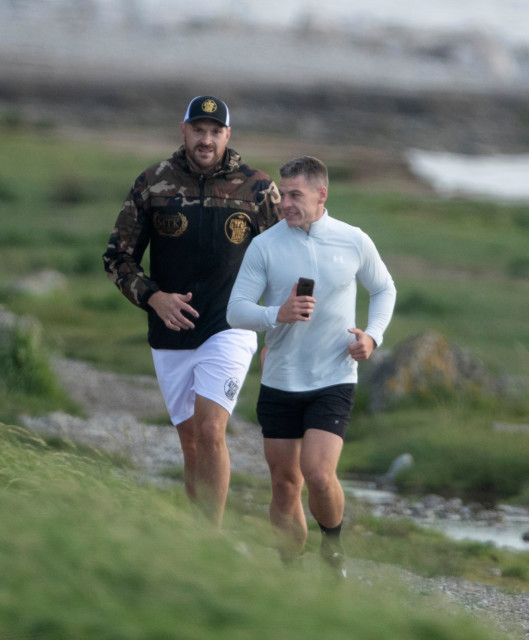 TYSON FURY was spotted training with brutal cross country runs as he continues to prepare for his trilogy fight with Deontay Wilder.

The Gypsy King was pictured out for the gruelling run alongside fellow boxers Bob Howard and Isaac Lowe. 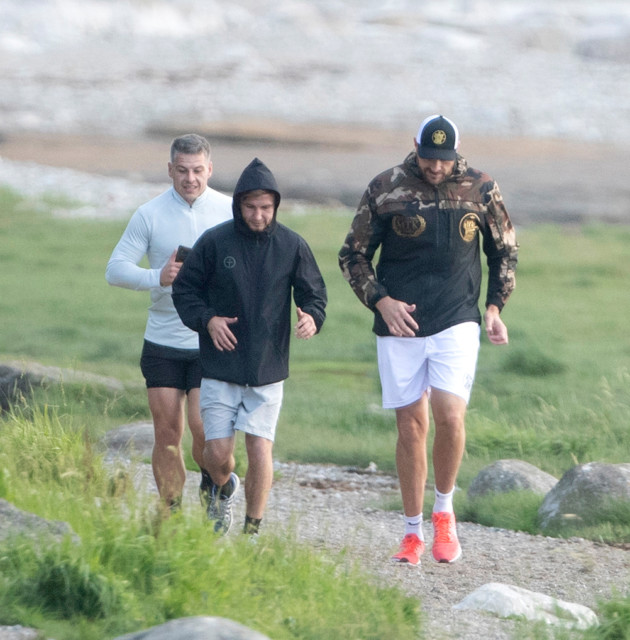 The trio were thought to be out in Morecambe, which Fury made his permanent home back in 2011.

The 51-year-old, who worked with the Gypsy King’s cousins Phil and Hughie, also trained Lowe who joined the pair on the run.

WBC International Featherweight champ Lowe, who similarly lives in Morecambe, featured on the undercard of Fury vs Schwarz.

He previously fought before his fellow Brit’s bout against vs Fury at the Staples Center in Los Angeles last year.

Fury is keeping sharp ahead of his third clash with Wilder after battering the American into his first ever loss in February.

The WBC heavyweight world champion was training up to FOUR times a day during lockdown to stay sharp ahead of boxing’s return.

The 6ft 9in star, who once did 700 sit ups in an Instagram workout, is now back to more traditional methods after returning from Marbella.

Fury is gearing up for a busy 12 months after revealing that he had agreed to two fights against Anthony Joshua in 2021.

AJ is expected to defend his titles against Bulgarian veteran Kubrat Pulev next in December.

While Wilder’s camp recently confirmed they would not be stepping aside to allow the all-British showdown to occur at an earlier date. 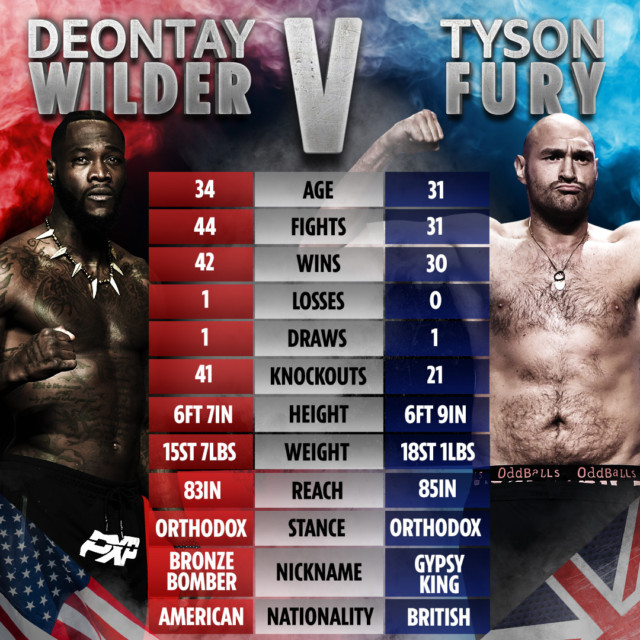 His co-manager Shelly Finkel told World Boxing News: “If I didn’t consider you a friend, I wouldn’t even answer this question.

“I wouldn’t respond to the question as I have answered this before.

“Deontay Wilder and Tyson Fury are fighting. That’s it.” 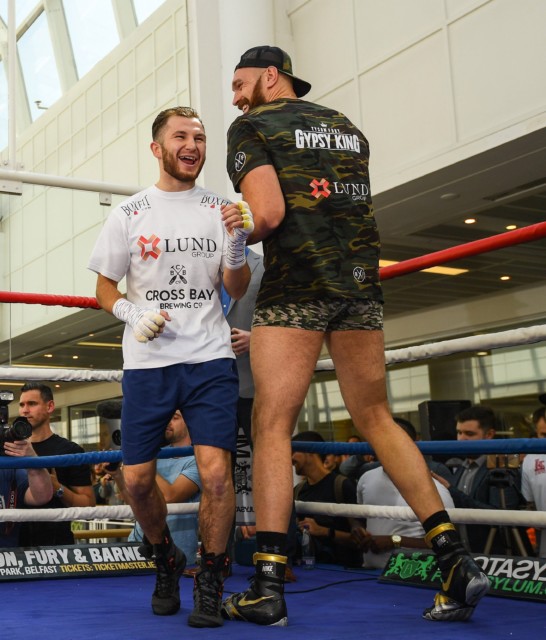