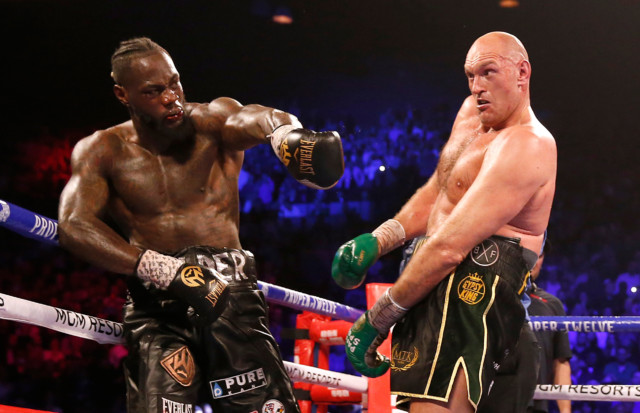 Fury faces the American for a third time, set for July 24 in Las Vegas, after Wilder won his case in arbitration.

Sanchez, a training partner of Canelo Alvarez who is promoted by Top Rank will put his 18-0 record against PBC’s Ajagba, who stands 15-0.

Fury’s half-brother Tommy, 22, is also a rumoured target for the pay-per-view bill, which would provide him with an American debut.

The light-heavyweight, who starred on reality TV series Love Island in 2019, recently went 6-0 with a points win over Jordan Grant.

And afterwards, he called out Wilder’s brother Marsellos, a cruiserweight with a record of 5-2.

“I’ve got heart to burn, a pair of balls to burn, and I know he hasn’t at the end of the day.

“They’re quick to shout calling everyone out, everyone’s calling me out, who doesn’t wanna fight me?

“So it’s all about moving in the right direction. But him? He’s a slap of the back hand, he’s no good anyway.

“Whatever fight my dad picks next is the way we’ll be going.”