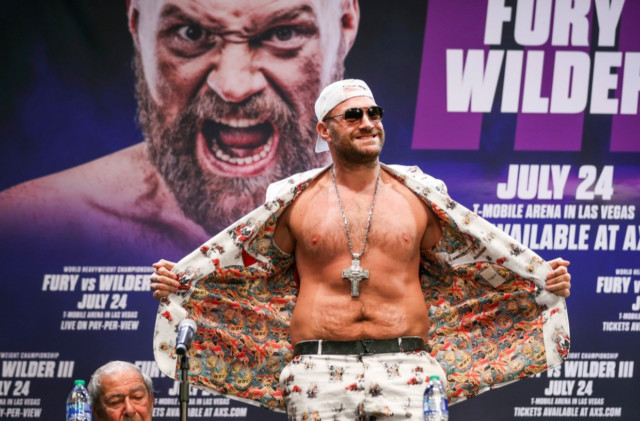 THE ticket prices for Tyson Fury’s bout with Deontay Wilder have been released with tickets now up for sale.

And spectators will have to be prepared to spend big in order to see the heavyweight pair in action.

The cheapest seats available are listed at £360, while floor tickets will cost £1,800, as per AXS.

Ringside ticket prices are yet to be announced but they could command an eye-watering sum.

Fury vs Wilder 2 broke the ticket sales gate record of £13million after setting the lowest ticket price at £230 – the most expensive cost £2000.

The July 24 fight will be the third and perhaps final act in the Fury vs Wilder trilogy.

The two previous fights produced entertaining spectacles, with Fury defying all the odds to pick himself up off the canvas in the 12th round when the pair first met.

He then taught Wilder a lesson in Los Angeles in 2020, so fans could be eager to see the Gypsy King finish off the American once and for all.

Mike Tyson is confident Fury will prove too much Wilder once again, but says the latter should not be disheartened after being defeated in the previous clash.

And with a fight against Anthony Joshua on the line, as well as his WBC and The Ring belts, Fury should be more determined than ever to defeat Wilder.

British fans will be hoping to back Fury in person but may find that a difficult task since the USA is not currently on the UK’s green list.

Advertisement. Scroll to continue reading.
In this article:beprepared, deontaywilder, forsale