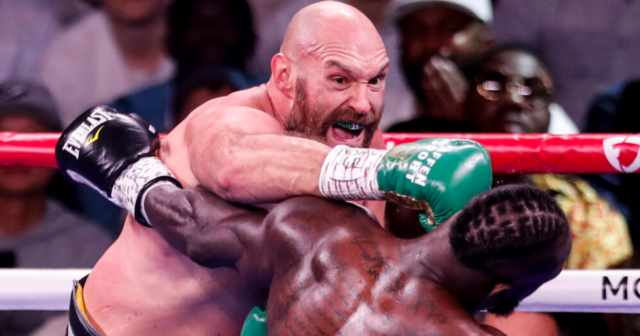 AFTER weeks of fierce negotiations, Tyson Fury vs Dillian Whyte has now been CONFIRMED.

AJ was to ultimately lose his own title defence to Oleksandr Usyk and now the pair are poised to rematch, so Fury’s attention has turned to mandatory challenger Dillian Whyte as he puts his belt on the line once again.

Whyte has got his wish at a world title shot
Advertisement. Scroll to continue reading.

But Whyte’s team have dug in with their man wanting the chance to take Fury’s belts – and have finally got their wish, with Warren confirming the fight on Friday, January 28.

Fury said: “I’m coming home baby. Get ready for the biggest British dust-up since Lennox Lewis vs Frank Bruno. History in the making.”

The most likely venue for the event is reportedly Cardiff or Manchester, but no details are set in stone.

If Fury returned to his roots in the North West it would be his first appearance there in three years since the win over Seferi.

And either venue would be great news for UK fight fans, with the bout likely to take place at a friendlier time than the 5am GMT epics against Wilder. 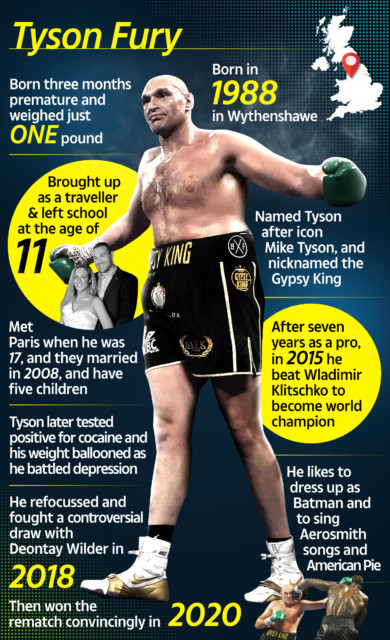 BT Sport Box Office has been CONFIRMED as broadcasters for the fight.

BT wrote in a tweet to confirm the news: “The time for talking is over! After years of back and forth, the heavyweight showdown is on!

The time for talking is over! After years of back and forth, the heavyweight showdown is on!

Tyson Fury: “They’re all only workouts to me, I’ll destroy every man that comes in front of me.

Heavy bag on legs is what I’m after to be honest. [He’s] the ideal candidate.”

Dillian Whyte: “Fury has been mandated to fight me twice.

“He asked for the WBC ‘Diamond’ belt to fight me, but ran away when they agreed. He just keeps making excuses.

“Hopefully now he’s got no choice. What’s he going to do? Throw the belt in the bin and run away from more money than he got to fight Wilder?