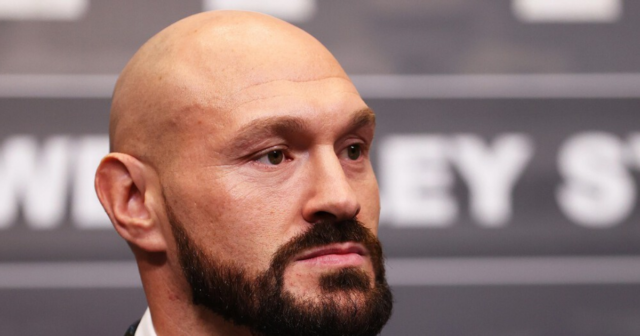 TYSON FURY makes his return to the ring next month in a huge domestic dust-up with Dillian Whyte at Wembley.

The Gypsy King will be defending his WBC heavyweight world title against mandatory challenger Whyte, who hasn’t fought since a TKO win over Alexander Povetkin one year ago.

Fury, however, is fresh off his destructive knockout victory over Deontay Wilder in October.

His clash with Whyte is set to be one of the biggest of the year in the UK, with a huge undercard set to be rolled out.

Frank Warren has plenty of young talents who will be raring to fight on the bill at Wembley.

And you can expect there to be more heavyweight action as well.

Read more on Fury vs Whyte

Who is on the Fury vs Whyte undercard?

Though no fights have yet to be confirmed for the Fury vs Whyte undercard, you can expect some exciting match-ups.

Fury has even teased that his dad John Fury may appear as one of his support acts.

“I’m trying to get John on the undercard to be honest. We’re still working on that,” Fury said.

“Frank [Warren] is working very hard behind the scenes, it’s not been announced but I’m just going to give you a little sneaky preview.

“Big John, trying to get him on the undercard. So yeah, don’t be surprised.”

How can I watch Fury vs Whyte?

Fury vs Whyte will be available to watch on BT Sport Box Office on April 23, but a price has yet to be confirmed by the broadcasters.

You can live stream the action on the BT Sport Box Office app, which is available for download onto your mobile or tablet device.

Did you miss our previous article…
https://www.sportingexcitement.com/boxing/anthony-joshua-offered-rematch-with-joseph-parker-as-ex-world-champion-claims-pair-have-unfinished-business/