Tyson Fury wants to sign off his career by beating Anthony Joshua – but he might retire now, says pal Ricky Hatton
Advertisement 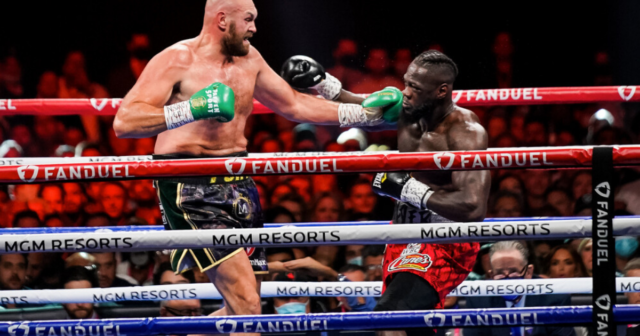 RICKY HATTON believes pal Tyson Fury is hungry to face Anthony Joshua – but might retire if that all-British fight can’t be set up soon.

Tyson Fury would love to bow out by beating Anthony Joshua after his repeat win over Deontay Wilder, according to Ricky HattonDethroned Anthony Joshua is set for a rematch with Oleksandr Usyk despite his heavy defeat on points against the Ukrainian

And Mancunian boxing legend Hatton thinks AJ is the ‘only box’ left for the unbeaten Gypsy King to ‘tick’, although Joshua’s conqueror Oleksandr Usyk might also tempt him.

Fury is contracted to fight once more but has hinted he is unsure if he will continue beyond that.

Hatton wrote in the Metro: “If Tyson Fury wants a break after that war with Deontay Wilder, none of us can blame him

“We might not see him until after Oleksandr Usyk vs Anthony Joshua 2.

“If Tyson wants a rest, that will give AJ a chance to try redeem himself against Usyk. And if he can do that, we get the fight we have all wanted.

“There is only one box for him to tick now I think and that is the all-British title showdown with AJ.

“If that doesn’t happen, then I don’t think there is much more he can do in his career

“He’s had three thrilling fights with Wilder. If he wanted to hang them up now, I don’t think anyone would blame him.

“But knowing Tyson how I know him, he will want to sign off his career by beating AJ.

“But again, it wouldn’t surprise me either if it doesn’t materialise anytime soon and we see the end of Tyson in the ring.

“And he can hold his head up proud if that happens.”

Hatton accepts Fury vs Usyk would be “huge” too – and predicts the giant Brit would overpower the Ukrainian where AJ failed.

He added: “If that can’t happen (fighting Joshua) he can fight Usyk and say: ‘I’m the man who beat the man’.

“I think Tyson would make it into a war. While AJ tried to outbox Usyk, Tyson would try to rough him up.

“Tyson has the attributes to outbox Usyk in my opinion. His jab and movement is just as good, he can punch as hard as him and he’s the much bigger man.

“He would have all the advantages but where AJ failed, I think Tyson would succeed.” 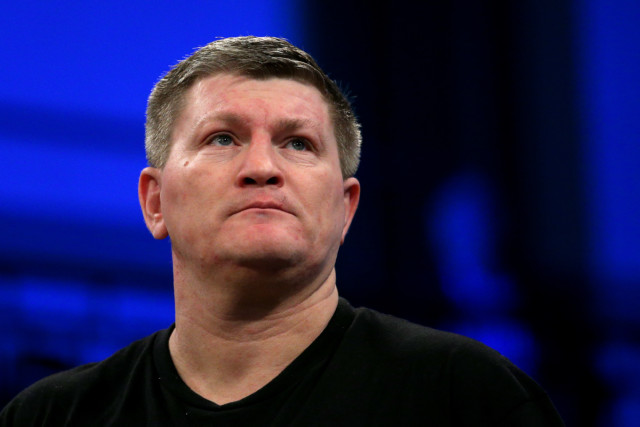 Ricky Hatton believes Tyson Fury’s family would be happy if the world heavyweight king decided to retire from the ring
Advertisement. Scroll to continue reading.
In this article:deontaywilder, lastweekend, rickyhatton