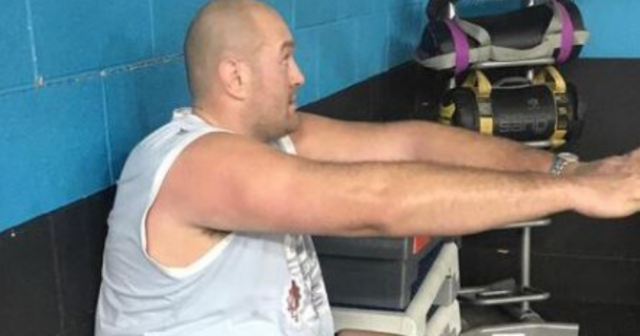 TYSON FURY’S coach has revealed a remarkable picture of the WBC heavyweight champion when he was 28 STONE.

The Gypsy King dethroned Wladimir Klitschko with a superb boxing display in 2015, but then fell into a depression where he became addicted to alcohol and drugs. 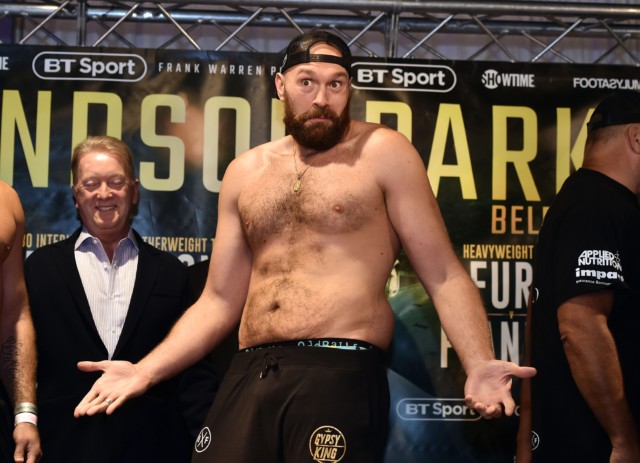 He piled on the weight and by the time he plotted his return at the end of 2017 he had around 10 stone to lose.

But within six months Fury was back in the ring and after just two warm-up fights he agreed to face knockout artist Deontay Wilder in December 2018.

The Brit would go on to draw their first fight in Los Angeles in a bout many felt he won.

But the fight will be remembered for Fury somehow climbing off the canvas in the final round.

And Kristian Blacklock, a strength and conditioning coach that has overseen the heavyweight’s return, feels Fury’s ability to lose the weight and return to the top is his greatest achievement.

Alongside three pictures of Fury’s remarkable weight loss, he said on Instagram: “Photo 1 nov 17. Photo 2 & 3 Nov 18. Weigh in for wilder 1 and the amazing weight loss and return to fitness as a team we achieved!

“Big shout also to @bendavison_ [Fury’s former boxing coach] don’t think any of us will forget the journey mate!

“Since the 1st fight @gypsyking101 has gone from strength to strength but I still think this was his biggest achievement overcoming everything in his path to get back to big time boxing within 12 months………unbelievable.”

Despite not having his hand raised as the winner against Wilder in their first fight, he would taste victory 14 months later when he stopped the American inside seven rounds.

Then following a long legal case the pair went to war again in a trilogy fight in October.

And it was Fury who once again prevailed, climbing off the deck once more to knock Wilder out cold in the 11th round of an all-time classic.

Yet despite his astonishing return to the ring, Fury continues to dismiss modern sport science.

“I don’t do any of that boll**** with computers, numbers on a screen and all that stuff. But yet, I always win. So it obviously means… it means f*** all.”