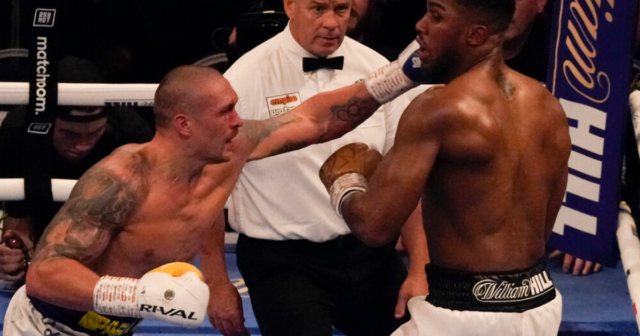 AJ had the unified heavyweight titles ripped from his grasp by the slick southpaw at the Tottenham Hotspur Stadium in September last year.

Coach Rob McCracken was axed after AJ’s defeat to Usyk 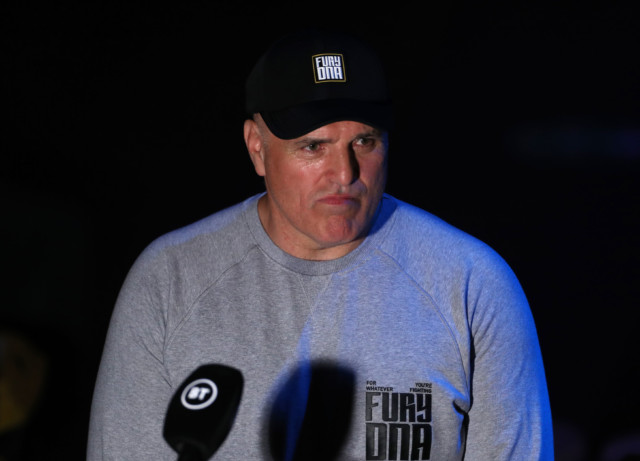 He told BT Sport: I’m not gonna knock Robert McCraken. Because I know, looking at that fight again, Robert McCracken was trying to keep him on his feet.

“He was giving him the advice to get to the 12th round and not get stopped.

“Because I think if AJ would’ve fought any other way, he would’ve got stopped.

“Usyk would’ve knocked him out. So it was a caution sort of thing and happy to come second best. Because what can you do if your man is in that frame of mind?

“It’s your job as a trainer to keep him on his feet. And whether he wins or not, it doesn’t matter.

“Robert McCracken has saved his life, really, because he can come again. Can you imagine if Usyk would’ve counted him out?

“That would’ve been AJ finished for good, wouldn’t it? So Robert McCracken, I think, has saved him for another day.

“You know, he’s not a bad trainer is Robert McCracken. But like I say, does he teach dog fighting when he needs to?”

Fury – the father of WBC heavyweight champion Tyson – believes Joshua should show loyalty to his long-time coach and not give him the boot.

He added: “I’d kept McCracken, me. Because he’s been with him all this time, you’ve got to show him loyalty.

“He’s done the best he could for him. And obviously, Robert McCraken has his best interests at heart.

“All he needs to do is get somebody there that can teach him different stuff and then combine them together. 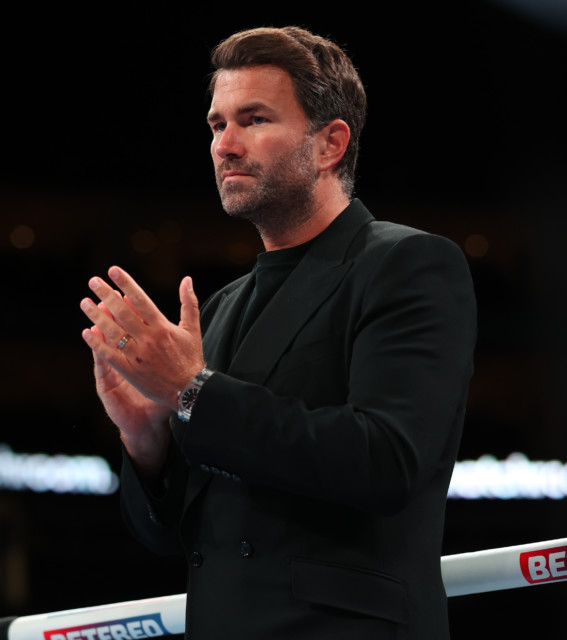 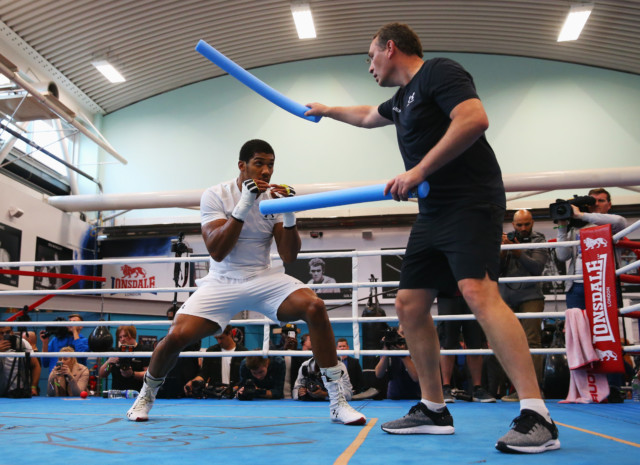 “Work together with it. Do what Robert does and do what this other so-called new guy can do. If they’re out there.

“I don’t think they’re out there.”

Fury, 57, believes Joshua has all the attributes of a great fighter but lacks in the mental strength department.

He added: “It’s mental, a million per cent. Because with a strong mind, you can do anything. I was always told there’s no such thing as can’t.

“And when you think about it hard enough, there’s not many things you can’t do if you set your mind to it.

“And when a man that big can punch, he’s got the right physique, he’s got everything to be a great fighter.

“All he needs to do is get the knowledge of what’s missing. And that knowledge is learn how to go into trench warfare with your mind intact.

“With that belief in yourself that, ‘Right, I’m gonna die here today. It’s you or me.’

“And for my money, he’s not looking for the back door. He could’ve took the back door with [Wladimir] Klitschko in the fifth round. He didn’t.

“Yes, he got beat up by [Andy] Ruiz. But he didn’t take the back door, did he? He got stopped, he was out on his feet. That was it, he couldn’t fight anymore.

“He didn’t hit the canvas and stay down. Do you know what I’m saying?

“He got up. So he’s got something to work with, hasn’t he? And when you look at it in-depth, he’s got a lot to work with.”

Joshua, 32, will bid to reclaim the unified heavyweight throne in a rematch with the Ukrainian on August 20.