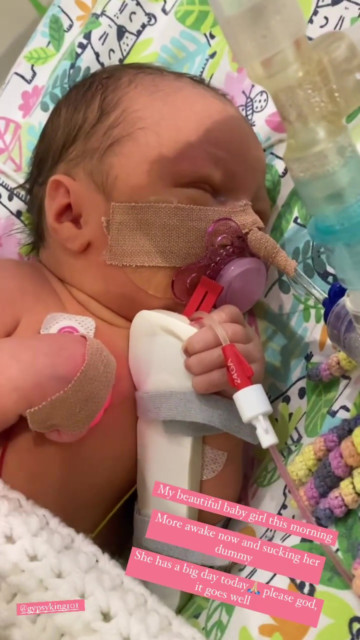 The Gypsy King and wife Paris had their sixth child on Sunday but Athena was soon put on ventilators as she battled for life.

John told BT Sport: “It’s been a bit of a white knuckle ride. We’ve had a lot to deal with.

“But we’ve come out on the other side due to professionalism of Alder Hey Hospital in Liverpool.

“They’re the best children’s hospital in the country if not the world.

“They’ve been really magnificent. They’ve really saved her life because she was dead for three minutes and they brought her back.

“It’s onwards and upwards from today.”

Tyson, who was 33 on Thursday, posted an equally-positive message himself on his Instagram story. 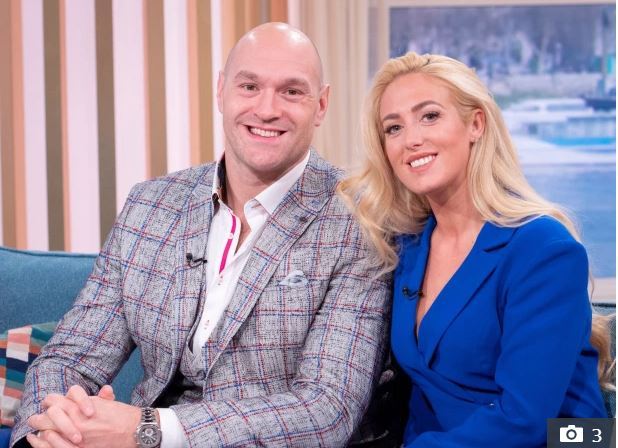 Tyson Fury and wife Paris have had an anxious few days as their sixth child, Athena, was on a ventilator

He wrote: “Update for everyone. Baby Athena is well and has had a stable day off [the] ventilator.

“Thanks to everyone for the prayers, still in the ICU for now.

“Thanks to all the Drs and nurses. God bless you all.”

WBC king Fury earlier set up a GoFundMe page for the Alder Hey Family House Trust, which at the time of writing had raised £34,532 towards its £50k target.

The grateful Brit will also auction off two signed WBC belts to raise more money for the fund.

Fury has been building up for a third fight with dethroned Yank Deontay Wilder.

Their trilogy bout was rescheduled for October after the Gypsy King tested positive for Covid-19.