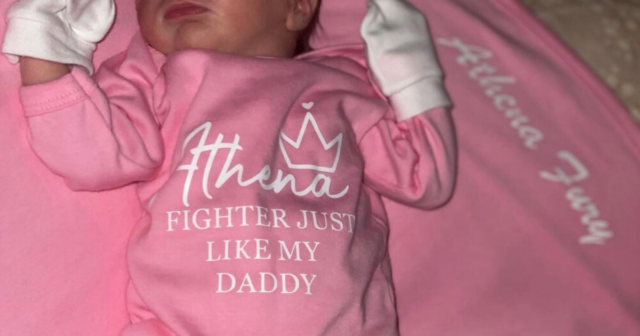 TYSON FURY’S baby daughter Athena wore a ‘fighter just like my daddy’ outfit after being discharged from hospital.

Tyson and Paris’ sixth daughter was rushed straight to ICU after birth on August 8.

The worried parents were by their daughter’s side around the clock as she was treated in intensive care.

And to the Gypsy King’s delight, Athena was discharged on Friday and finally able to come home.

Caring mum Paris has since been enjoying some quality time with her newborn in their stunning nursery.

And she has kitted Athena out in some fitting clobber.

Paris, 30, shared an image of her third daughter wearing a pink onesie, featuring her name Athena written on the front.

Beneath her name is the slogan ‘Fighter just like my daddy’. 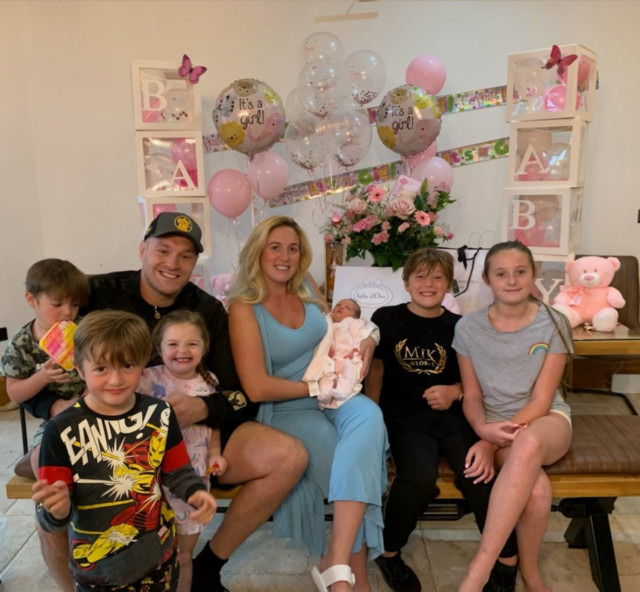 The family lined up to welcome Athena home

Paris captioned the picture: “Yes! A fighter just like her Dad!

“Our beautiful girl Athena Fury. Had scared us all terrible in her 1st 2 weeks of life but thankfully she is fit and well and home.”

Paris and Tyson have been raising money for the Alder Hey Family House Trust in Liverpool, with the WBC heavyweight champion auctioning off two signed WBC belts.

Fury is back in training as he prepares to defend his belt against Deontay Wilder on October 9 in their rearranged trilogy bout.