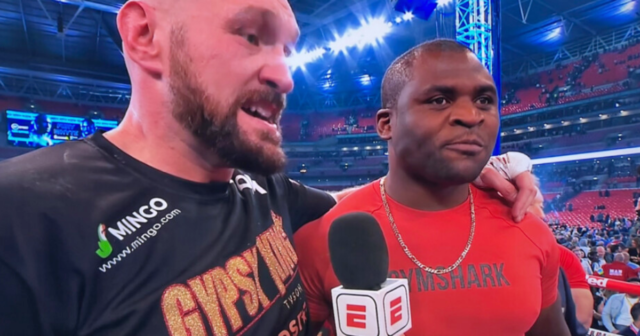 TYSON FURY and Francis Ngannou have been backed to do “bigger business” than Floyd Mayweather’s fight with Conor McGregor.

The heavyweight champions of boxing and the UFC respectively have been calling each other out in recent years.

And they finally came face-to-face as Ngannou, 35, watched from ringside as Fury, 33, knocked out Dillian Whyte, 34, at Wembley.

The Gypsy King announced his retirement from boxing but did welcome Ngannou into the ring.

And he maintained he will still fight in exhibition-style bouts while teasing a never-before-seen boxing match with MMA gloves.

Fury’s US promoter Bob Arum is ready to work out a deal with Ngannou and predicted mega-success. 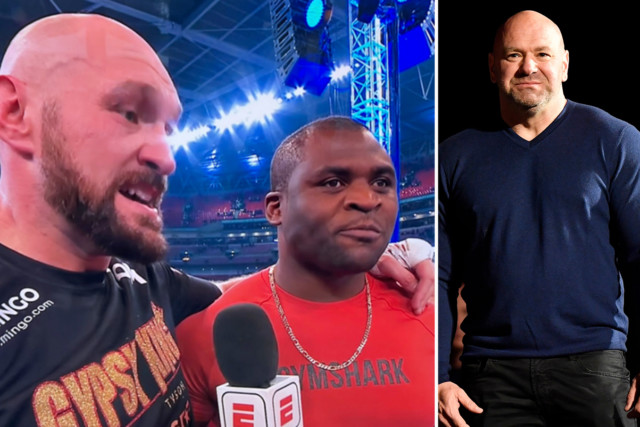 WHITE NOT ALL RIGHT 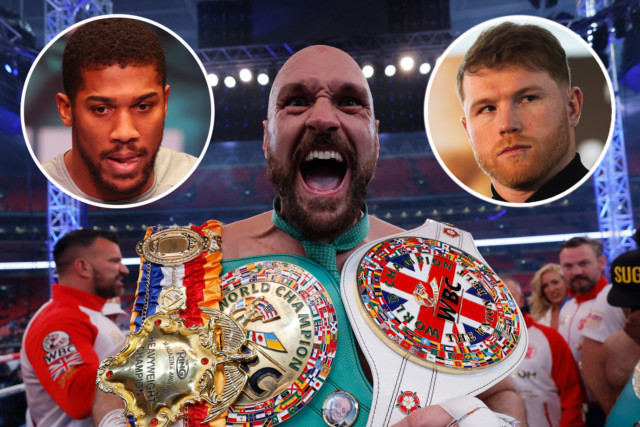 Fury the ‘No.1 star’ in boxing ahead of Canelo and Joshua after Whyte KO

He told BoxingScene: “This UFC guy, assuming that he’s able to fight, that’ll do monumental business.

“They know each other and they know how much there is to be made for that fight.

“I think Fury and this UFC heavyweight champion, Ngannou, do bigger business than Mayweather and McGregor.”

Mayweather’s 2017 crossover fight with McGregor, 33, sold 4.4million pay-per-views with around £600m said to have been made.

Mayweather’s win over McGregor marked the first time a UFC star was permitted to compete outside of the promotion.

No such exemption has been granted for an active fighter since, leading to a contract standoff with Ngannou.

The Cameroonian has no bouts left on his UFC deal but as champion is tied down for 12 months after his last fight, which came in January.

And Ngannou has warned without a clause that allows him to face Fury, he will refuse to extend his contract. 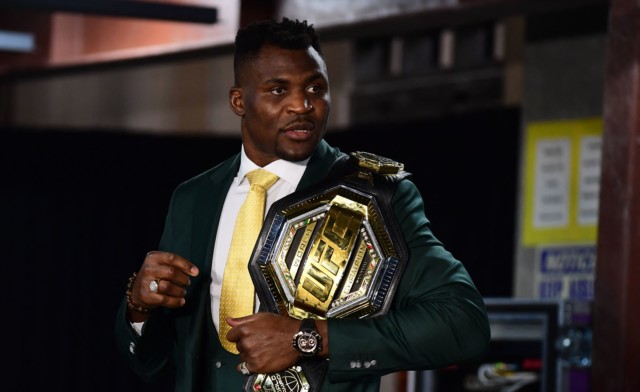 Francis Ngannou warned without a clause that allows him to fight Tyson Fury, he will refuse a UFC extension