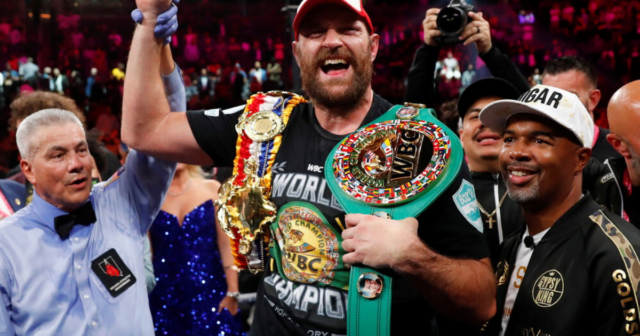 TYSON FURY has been dealt a blow in his chances of fighting Oleksandr Usyk for the undisputed heavyweight crown next.

WBC champion Fury is coming off a brutal round 11 knockout of Deontay Wilder to close out their trilogy series in style.

AJ had invoked his right to an immediate rematch, meaning Fury would be unable to go straight into a unification.

But after urges from the Gypsy King and promoter Bob Arum to step aside, Joshua admitted he would at least consider it.

Unfortunately for Fury, Dillian Whyte is his mandatory challenger, meaning AJ would be sitting on the sidelines for two fights.

With Joshua unable to be guaranteed the winner of Fury and Usyk, with Whyte owed a shot before him, Arum admitted the unification bout appears unlikely.

He told talkSPORT: “I think Dillian Whyte should be the next fight for Tyson Fury.

“There’s talk about Usyk who beat Joshua – Joshua has a rematch clause – and talk about Joshua stepping aside.

“But Joshua’s not gonna step aside unless he’s guaranteed the winner of Fury vs Usyk, and how anybody assure him of that when Whyte’s in the mandatory position?

“So the way I think it’s gonna fall out is Fury vs Whyte and I think that fight [should be] in the United Kingdom.”

Joshua, 32, is set to rematch Usyk, 34, by April, meanwhile Fury, 33, has earmarked February as his targeted return date.

He had named the pair as his only targets but will now be forced to look elsewhere if he is to fight in early 2022.

Whyte, 33, is the WBC interim champion and in turn mandatory challenger for the full title.

But his prior legal case with the WBC, to speed up his much-earned shot at the belt, has actually prevented his fight with Fury from being ordered.

Arum has since stated he would enter negotiations for Whyte to fight Fury on a voluntary basis, opposed to a mandated defence. 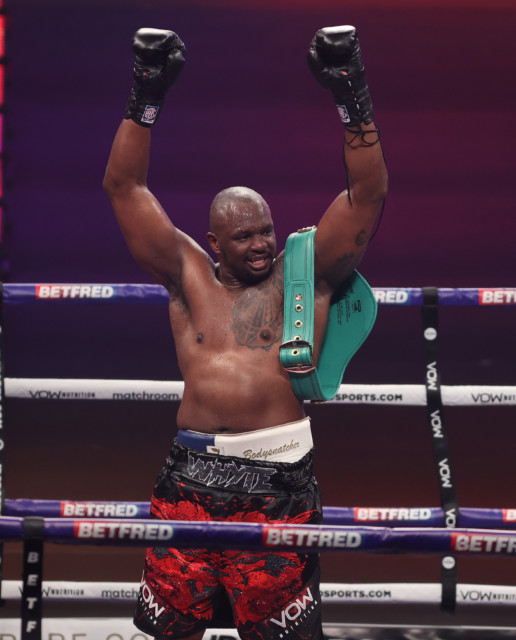