Tyson Fury’s life ‘fell to pieces’ and ‘crumbled’ without boxing, reveals dad John as he opens up on retirement U-turn
Advertisement 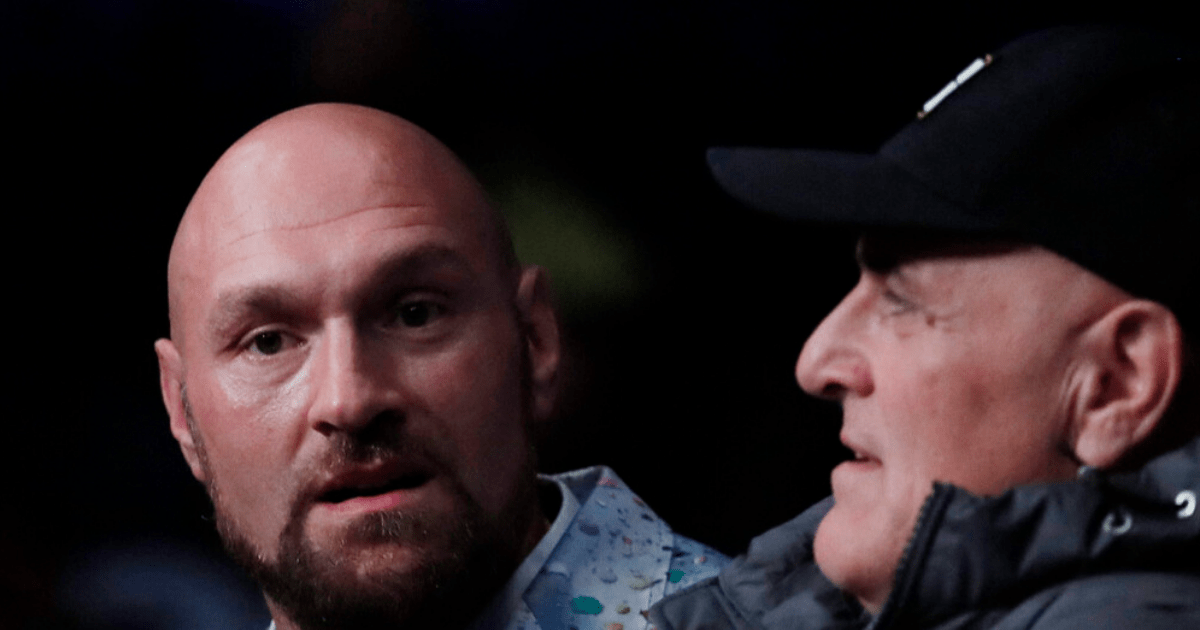 JOHN FURY said his son Tyson’s life was “crumbling by the second” during his brief boxing retirement.

Unbeaten Fury claimed he was hanging up his gloves after knocking out Dillian Whyte at Wembley in April.

But John revealed it took just a month until his son began to feel the affects of not having boxing in his life.

He told the Daily Mail: “Tyson has been in and out of retirement since he turned pro.

“Aged 15, years ago. He will fall out with boxing for a week and then he loves it again.

“He loves boxing. Tyson has got nothing else without boxing. He loves the game so much.

“He said to me, ‘I was retired for four weeks and my life has fallen to pieces. I can feel my life crumbling’.

“He said, ‘My life was crumbling by the second’. He said he kept walking into the gym and smelling the gloves.

“Smelling the sweat and looking through the window thinking I want to get back in the game.

“He said he realised he was not done yet and not by a long chalk. So I said to him, ‘Son if you feel like that, keep going until you don’t feel like it anymore’.”

Fury first reigned as heavyweight king in 2015 after upsetting Wladimir Klitschko in Germany.

But he fell into depression and battled substance abuse, which led to almost three years out of the ring.

It sparked one of sport’s greatest comeback stories, as Fury lost TEN STONE to return in 2018 and win the heavyweight title again two years later.

Fury still holds the WBC belt and is seemingly out of retirement again as he continues talks to face Anthony Joshua, 32, on December 3.

And dad John insisted his son will be back in the shape of his life.

He said: “At the minute, you’ve got the best Tyson. He’s in the pump of his life. I think he just wanted to capitalise on how he feels.

“He trains hard, twice a day still. I do think at this moment in time, Tyson Fury is unbeatable.

“I’m not just saying it because he is my son, but he has given me the right to sit here and big him up.

“He’s won everything. He’s won every professional title there is to win. He’s cleaned up all over the board. You will be seeing a lot more of Tyson.

“Everyone is expecting to see this man come out of the woodwork and actually give him a good fight but I ain’t seen him yet.”

It is possible to improve your defensive capabilities by learning how smart you fight. You need to be able to defend yourself from all angles and counterattack if necessary.

You won’t be able to fight if you don’t know what fighting is. You’ll just get beaten up. But, if you are able to fight, you will be prepared for any situation.

Fighting is the only way to train boxing. You have to work hard to become a better boxer. You will be able to improve your boxing technique and endurance.

It is important to observe good boxers fighting in order to improve your boxing technique. You should observe how they move, throw punches and defend themselves. Then, copy their tactics.

Next, you will need to spar against another fighter. This is where you’ll see whether you’ve improved your boxing technique. You’ll be amazed at how fast you can punch and how strong your punches feel.

Doing drills is another way to improve your boxing skills. Practice is key, so don’t be discouraged and keep practicing.

Boxing is one the most well-known sports in the world. It is a fight between two opponents. Each country has its own rules. There are three types: Amateur, Professional, or Olympic boxing.

Amateur boxing is usually practiced at school, college or university. This type of boxing allows sparring without protection. Usually amateur boxing competitions consist of three rounds of five minutes each. There are many styles of amateur boxing such as Kickboxing or Muay Thai, Taekwondo and Karate, Judo and Wrestling, among others.

Boxing professionals are usually trained in clubs, gyms, or stadiums. They are protected by protective equipment like a mouthpiece, nose protector, shinguards, elbow pads and knee pads, waist belt, and groin protection. Professional boxing competitions include six rounds of four minutes each. There are many styles to professional boxing.

Olympic boxing takes place at the Olympics. International standards require that boxers use special protective gear. The eight rounds last three minutes each and are held over eight rounds. Olympic boxing has only two styles, Light Flyweight vs Heavyweight.

There are also different combinations. These are combinations made up of several punches that can be used together to achieve one goal. A combination can contain multiple parts. For example, a left hook followed by a right cross will cause damage to the opponent’s jaw.

Boxers use both their hands and arms to prevent incoming blows. Boxers raise their fists to block incoming blows and then move in the direction of the attacker’s attack. They then make contact with their attacker’s fist.

When attacked, a boxer should step back and deliver counter-attacks. This way, he can gain distance between himself and his opponent. Boxers should also keep their balance when counter-attacking.

Boxing effectively requires a boxer to have a good stance. The way he defends himself will be determined by his stance. It dictates how he places his body and faces his opponent. Boxers have many stances to choose from. These are the most popular:

Sparring is a training session that improves boxing skills. A sparring session is where a boxer trains both his mind and his body. Sparring, in conclusion, is about learning how to fight and not getting hurt.