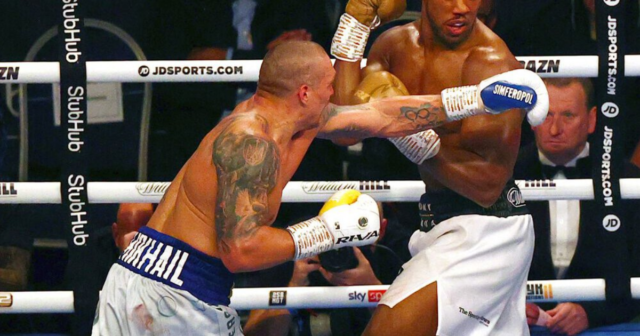 TYSON FURY is likely to next face Dillian White or Joe Joyce in the UK, according to Bob Arum.

WBC champ Fury has been told by the WBC he must face Whyte next if the Gypsy King cannot negotiate a unification bout with IBF, WBA and WBO king Oleksandr Usyk.

But the Ukrainian is gearing up for a springtime rematch with Anthony Joshua first and therefore would not be available for a showdown with Fury early next year.

Arum believes Whyte is not the mandatory challenger for Fury because he has ‘an obligation’ to fight Swede Otto Wallin next after their scheduled fight at the end of this month fell through.

And the promoter believes that may bring British Olympic hero Joyce into the picture.

Arum told Boxing News 24: “Dillian Whyte is not the mandatory, and that’s what the WBC hasn’t done. Dillian Whyte has an obligation to fight Wallin, and we’ll see.

“But again, in March, I’d like Tyson Fury to fight in the UK.

“And I would think among the opponents would be Dillian Whyte or maybe this big English guy, Joe Joyce.”

Unbeaten Fury is fresh from his epic 11th-round stoppage of American Deontay Wilder in their third fight at the start of the month.

Joyce, who is the WBO mandatory challenger for the winner of the AJ and Usyk rematch, extended his unbeaten record to 13-0 with a sixth-round stoppage of Carlos Takam in July.

Whyte pulled out of his scheduled October 30 clash with Wallin because of a shoulder injury, while Usyk shocked AJ to take his three belts in late September.

Arum added: “Usyk is too fast for him, too smart, and it’ll take Joshua years to learn how to fight a southpaw.

“He didn’t have a clue in how to fight a southpaw. Usyk will beat him worse the next time, no matter who his trainer is.”