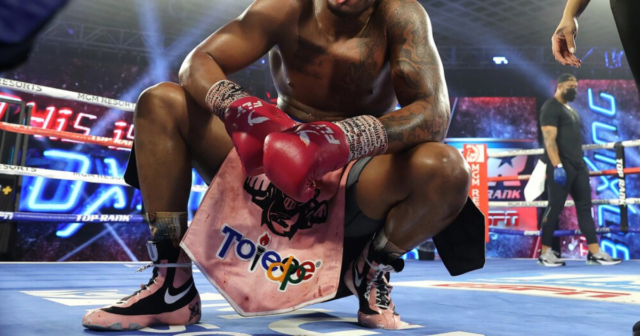 BOB ARUM revealed he is ‘prepared to discuss’ a fight between Deontay Wilder and rising American star Jared Anderson ‘by the end of this year’.

Wilder is yet to return since his brutal knockout loss to Tyson Fury in their epic third bout in October.

Prospect Anderson, 22, helped Fury, 33, in key sparring sessions in both the Brit’s rematch and trilogy fight.

And Arum – who promotes the Gypsy King – named Anderson as a future opponent for Wilder, 36, even as early as late 2022.

He told Sky Sports: “Wilder is a terrific talent. He hits like a mule, as Tyson would attest to.

“Pretty much anybody in the heavyweight division would lose to Wilder.

“The one guy who will be equipped to beat him, by the end of this year, is Anderson.

“I would be prepared to discuss a potential Wilder vs Anderson fight by the end of this year.

“We are grooming him to be the next heavyweight champion after Fury.”

Arum likened the 6ft 4in heavyweight to Muhammad Ali as well as Mike Tyson and tipped him to become the heir to Fury’s current throne.

The Hall of Fame promoter said: “Yes, that’s what I really believe he will be.

“When Fury hangs up the gloves, Jared will be in pole position to become the next great heavyweight.

“He reminds me more of a young Muhammad Ali than a young Mike Tyson.” 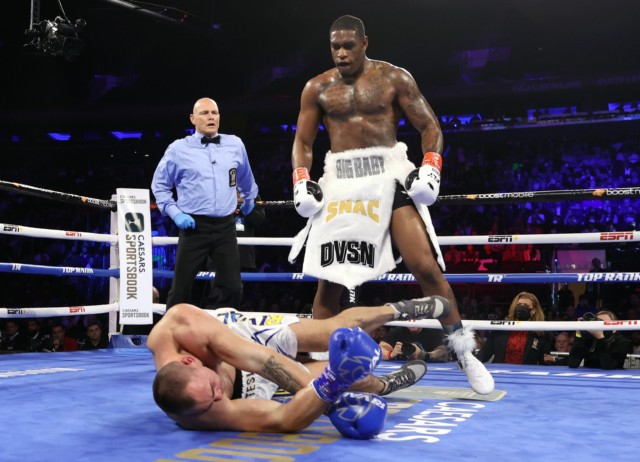 Jared Anderson is 11-0 with a 100% KO ratio
In this article:deontaywilder, heis, thisyear