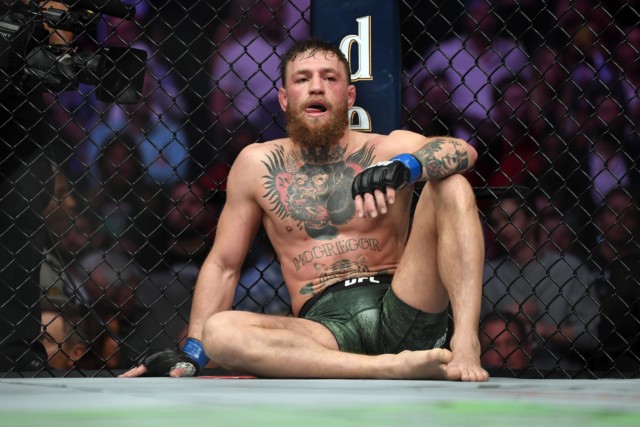 CONOR McGREGOR has produced some of the most notorious moments in the UFC cage.

But he has made as many headlines for his controversial behaviour outside of it.

From pub brawls to bus attacks, the 32-year-old Irishman has provided plenty of talking points.

With McGregor yet to reverse his third retirement in four years, SunSport looks at his most infamous moments.

McGregor defeated Russian-born German Dennis Siver in January 2015, earning him a shot at the featherweight title.

But in the pre-fight build up, McGregor tweeted, “Kiss them feet Nazi”.

In his apology he wrote, “Ich bin ein sowwy. Now about them feet…”

Before McGregor KO’d Jose Aldo in 13 seconds, he said: “If this was a different time, I would invade his favela on horseback, and would kill anyone who wasn’t fit to work. But we’re in a new time, so I’ll whoop his ass instead.”

The Irishman also claimed he would wanted to “turn his favela into a Reebok sweatshop”.

Aldo was born from poverty in Manaus and fought his way to a better life through martial arts. 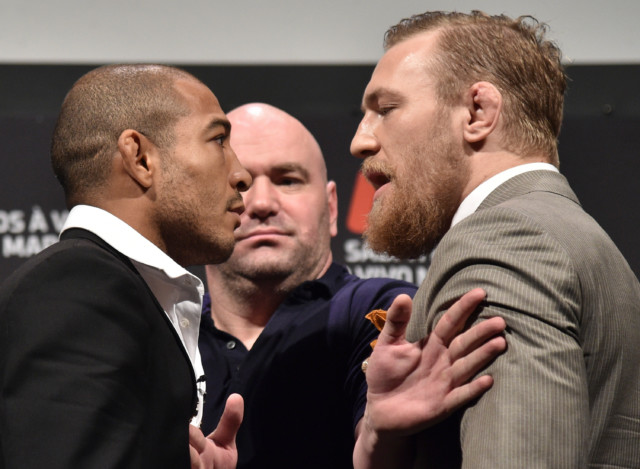 McGregor traded words with Jose Aldo before their fight

When Nate Diaz filled in on late notice to face McGregor at UFC 196 in March 2016, the UFC hastily put together a press conference.

There Diaz was called “a little cholo” by his newly found rival.

‘Cholo’ is a racially-charged pejorative term meaning a Mexican of low-class or criminal background. 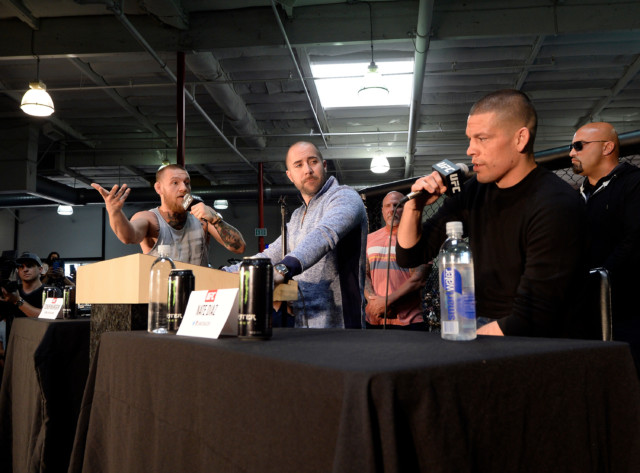 After Diaz beat McGregor, their rematch was pencilled in for UFC 200 – but again controversy marred the pre-fight presser.

The Notorious refused to come to the media event as he wanted to remain in Iceland to train and was also affected by the death of Joao Carvalho, who passed away following a bout with McGregor’s team-mate Charlie Ward.

For failure to show up to the press conference, he was axed from the event all together. 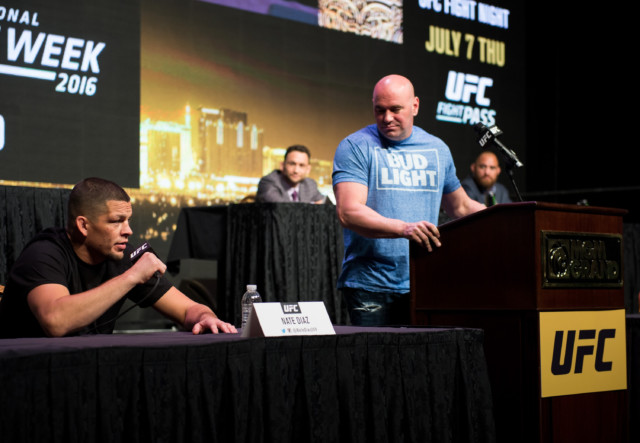 McGregor failed to show up to the UFC 200 press conference

McGregor and Diaz would get the date for their rematch, but they still couldn’t behave at the presser.

The pair began lobbing bottles at each other, with McGregor then throwing cans of UFC’s sponsored Monster Energy cans.

McGregor was initially fined £120,000, only for it to be halved, while he also had to serve 50 hours of community service. 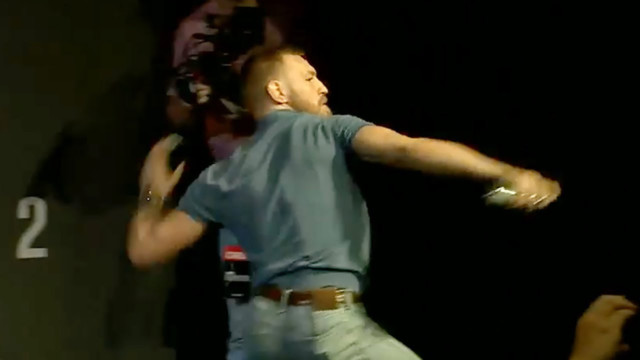 McGregor throwing a bottle at Diaz before their rematch

Before McGregor made his professional boxing debut against Floyd Mayweather in August 2017, he found himself in hot water for remarks made in the build up.

He shouted at Mayweather, “dance for me, boy” before saying he was “half-black from the belly button down”.

McGregor denied racism, but did say: “If anyone was offended, of course I apologise. I am human at the end of the day.”

McGregor denied racism before his boxing debut against Floyd Mayweather

In the opening press conference between McGregor and Mayweather, the then-UFC champion wore a pinstripe suit tailored by David August Heil.

But on closer inspection the stripes were made up of ‘f*** you’ remarks.

Explaining the design, Heil said: “The idea originated internally. The expression was the perfect juxtaposition to the traditional pinstripe suit. I wanted to use fighting words.” 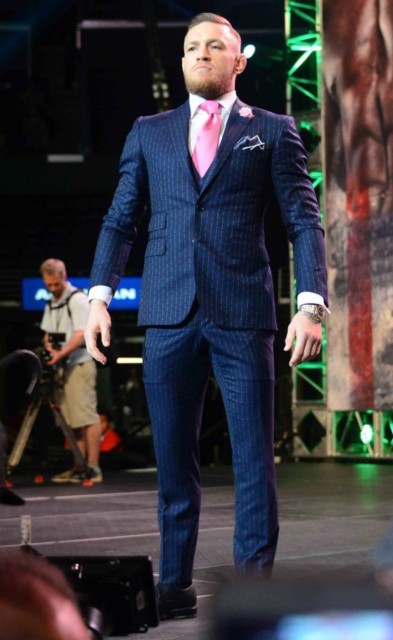 After McGregor’s team-mate and close friend Artem Lobov was defeated in October, 2017 he called opponent Andre Fili a “f****t” for his tactics.

The Irishman – who has campaigned for same-sex marriage before – later held his hands up and issued an apology, admitting his mistake.

He said: “I’m human; I slip up, I say stupid things every damn day. All I can (do) is hold my hand up and apologise if anyone was offended.” 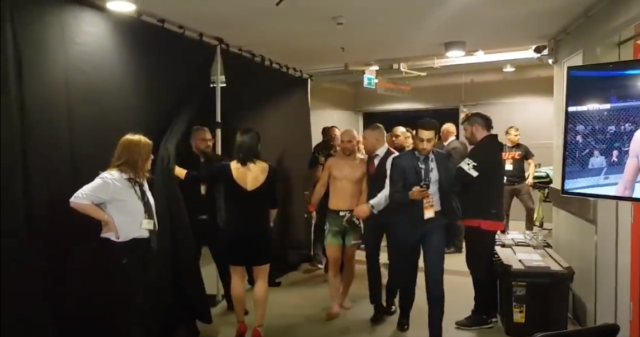 McGregor apologised for using a homophobic slur in 2017

A month after McGregor was captured using homophobic slurs, he was again caught up in controversy following a friend’s fight.

After Ward won at Bellator 187, The Notorious jumped into the cage in celebration but was confronted by referee Mark Goddard.

McGregor then went at Goddard and while being held back appeared to spew verbals at the Brit official. 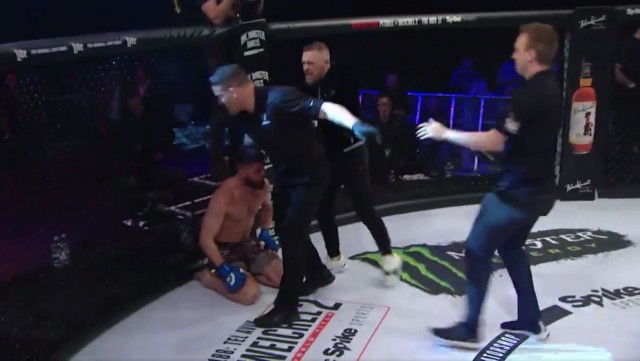 McGregor burst into the ring and confronted the referee

In his most infamous incident, McGregor travelled 3,000 miles from Dublin to New York in April 2018 to confront rival Khabib Nurmagomedov, who was filmed in a dispute with Lobov earlier that week.

The Irishman, accompanied with friends, then attacked the bus with Khabib inside, smashing windows and causing six fights to be cancelled through injuries.

Dana White called it the “most disgusting thing” in UFC’s history. 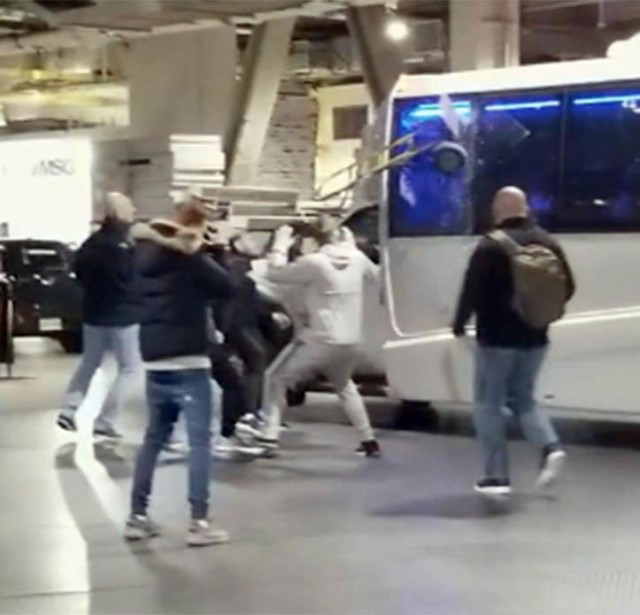 McGregor launched a trolley at the window of the bus

McGregor would get his chance to settle the score with Nurmagomedov at UFC 229 in October 2018.

But after winning by submission in four rounds, Khabib hopped the cage and began brawling with McGregor’s team – while the Irishman did the same in the cage.

McGregor was banned for six months and handed a £60,000 but boasted about landing the final punch of the night – on Nurmagomedov’s cousin. 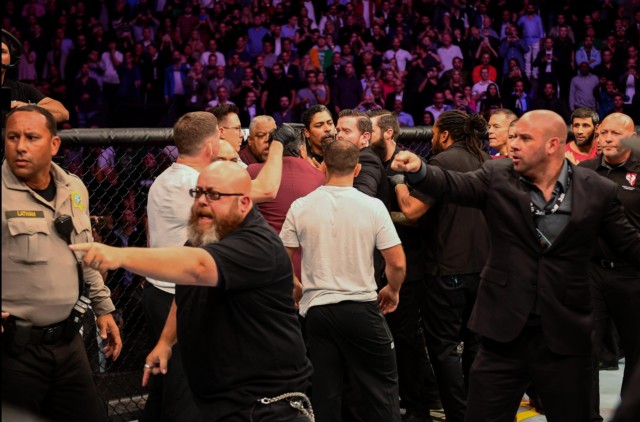 The Notorious was out of the Octagon throughout 2019 – but was making noise for all the wrong reasons.

In March he was captured smashing a fans phone on the floor in Miami and later arrested.

But he settled a civil lawsuit with the victim out of court. 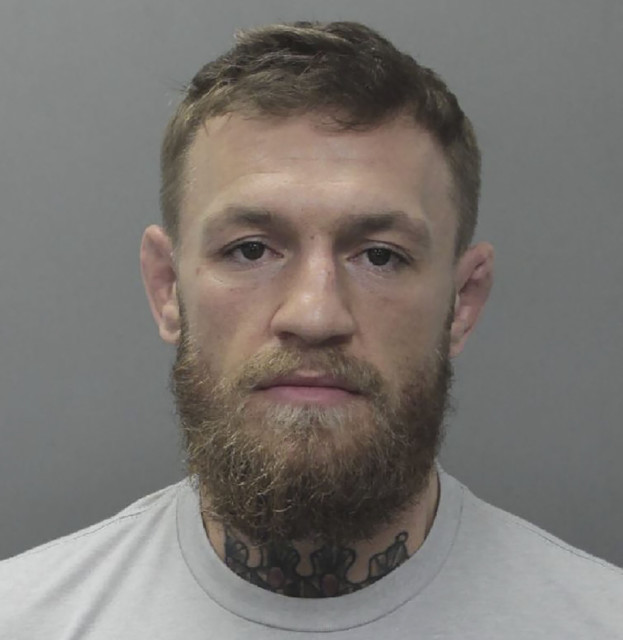 McGregor settled a civil lawsuit with the victim out of court

PUNCH IN THE PUB

McGregor’s most shameful moment came in April last year after he was caught on CCTV punching a man in his 50s in a Drimnagh pub following a dispute over his Proper 12 whiskey.

It led to several fans in Ireland turning their back on the former two-division champion and some pub refusing to sell his whiskey.

McGregor pleaded guilty to one charge of assault last November and fined £861. 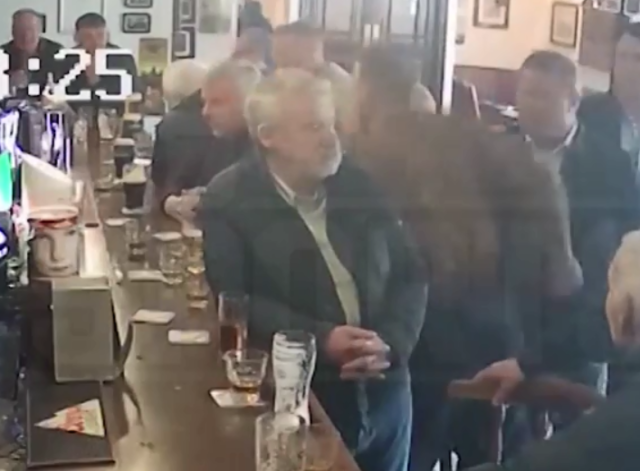