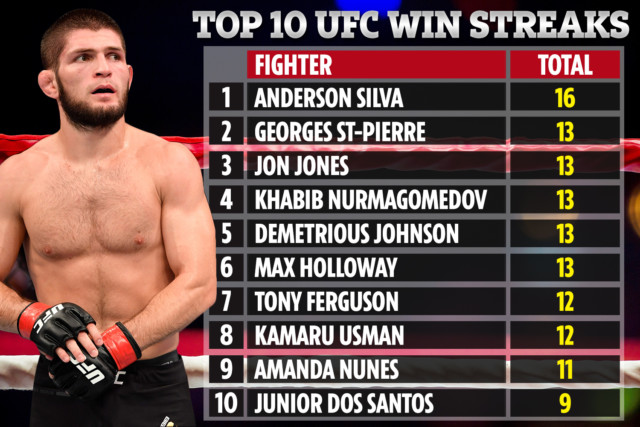 Khabib, 32, clasped hands with the boxing icon in what appeared to look like a hotel dining room.

The Russian was wearing a black t-shirt and black trousers while the former British world champ was in a traditional Islamic white jubba.

Khabib, a Sunni Muslim, wrote: “Accidentally met a legend in Mecca. Nice to meet you Brother.”

Mecca is the holiest place in Islam with Muslims making a hajj pilgrimage to the Saudi city at least once in their lives.

That took his pro MMA tally to 29-0 and defended his world lightweight belt.

But his father Abdulmanap passed away earlier in 2020.

And the unbeaten star decided to stop fighting with his dad not there to support and train him.

UFC president Dana White wants to try and convince the brilliant battler to reverse his decision and return to the franchise.

Prince Naseem, meanwhile, competed across bantamweight, super-bantamweight and featherweight between 1992 and 2002.

The Sheffield-born star, 47, held the WBO, IBF, IBO and lineal featherweight titles and retired with a 36-1 record.

Did you miss our previous article…
https://www.sportingexcitement.com/boxing/canelo-alvarez-vs-billy-joe-saunders-how-to-watch-fight-live-on-dazn-in-uk