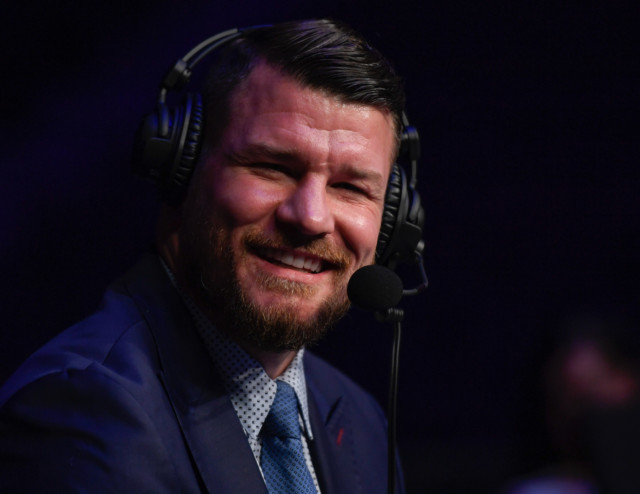 MICHAEL BISPING admitted he did not ‘suitably entertain’ an offer to fight Jake Paul – but still ‘had a laugh with it’.

Paul was searching for an opponent last December, having just knocked out ex-NBA star Nate Robinson in two rounds.

Bisping, 42, along with Dillon Danis, 27, and Ben Askren, 36, were all sent a contract to fight the YouTuber.

The UFC legend has since admitted it was not enough money, while Danis was ruled out with injury, leaving Askren to accept, and be stopped in two minutes.

Bisping was still engaged in a social media spat with Paul having been called out as he opened up on the short-lived negotiations.

He told talkSPORT: “Jake Paul’s team did make me an offer which I didn’t suitably entertain.

“I’m not interested in coming out of retirement; obviously I’ve got so many injuries. But I did have a bit of a laugh with it.”

Bisping, who retired in 2017, has admitted he has no plans to come out of retirement.

He has found success as a commentator, pundit, podcaster and actor to help keep the competitive urge away.

But others have not been so lucky, with legendary fighters since coming out of retirement for spectacle bouts.

Mike Tyson, 54, did so in November, with Evander Holyfield, 58, and Oscar De La Hoya, 48, among the others set to follow.

But Bisping does not discredit the iconic names for lacing up the gloves again, for whatever reason it may be.

He said: “I’m all for fighters, you know, being able to make money after they are done. Because it is such a tough road, it is.

“I’ve been very lucky, I’m not trying to brag, I’m just saying I have been lucky.

“I commentate for the UFC, I do my podcast and I’ve got things going on. But that isn’t the norm.

“Most fighters, when they retire, they step away and it is hard reality.

“They’re no longer the centre of attention, they don’t walk out to 20,000 people, people aren’t asking for autographs and the money dries up pretty quickly.

“So I will never sit here and judge a fighter that decides to come out of retirement to get another pay day, because they need it.”

Advertisement. Scroll to continue reading.
In this article:hedid, michaelbisping, withit