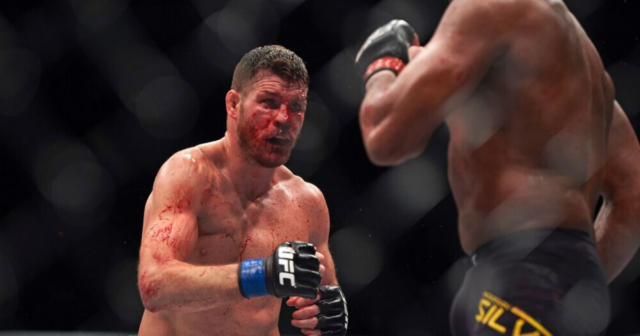 UFC legend Michael Bisping has claimed he’d KO Jake Paul in under two rounds if he were to ever fight the YouTuber.

Ex-UFC middleweight champ Michael Bisping was in talk to face Jake Paul last year
But his snub of $500,000 purse paved the way for Paul to have back-to-back fights with Tyron Woodley 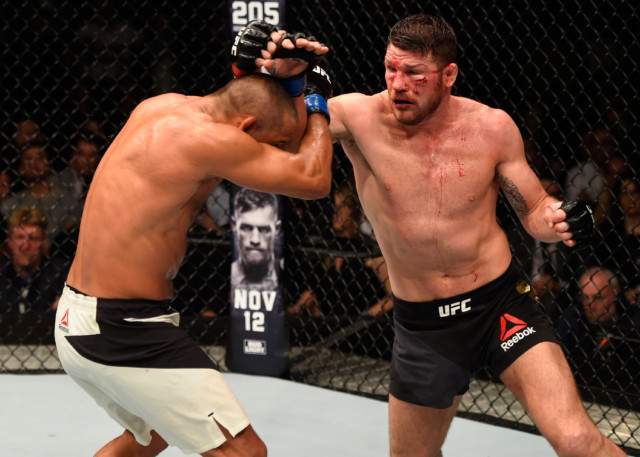 The Count has kept himself in tip-top shape since retiring from the sport in May 2018 and is confident he’d put a beating on the youngest Paul brother – despite only having one eye.

During an appearance on The MMA Hour, he said while laughing: “My body is good Ariel, don’t worry about me.

“If he wants to, I would. Stick me on an Indian reservation, two rounds. Boom, out cold!”

But Bisping was less than impressed by what he’s seen of the former Disney star.

When pressed on his prediction, Bisping replied: “Why wouldn’t I believe that?

“He’s not! [a tremendous boxer], you’re talking to The Count baby!

“I think I can beat him, I don’t know about two rounds.

Bisping was offered $500,000 to lock horns with Paul but turned down the deal, countering with a $1million demand.

“We countered back with a million, but I was never really entertaining it.

“I was like, ‘Alright, let’s have some fun, let’s see what they say.

“And you never know, if they had came back with a million or higher, maybe I would’ve gone and spanked a YouTuber.

“If there’s a million dollars in the table there, I’d be a fool not to pick it up.”

Despite claiming he’d flatten Paul, UFC Hall of Famer Bisping has no intention of competing again.

The commentator and podcaster said: “I’m not interested in that, I’m very happy, I’ve got so much going on in my retirement.

Did you miss our previous article…
https://www.sportingexcitement.com/boxing/klitschkos-usyk-and-lomachenko-are-latest-boxers-to-answer-call-of-duty-and-have-proved-even-more-heroic-outside-ring/