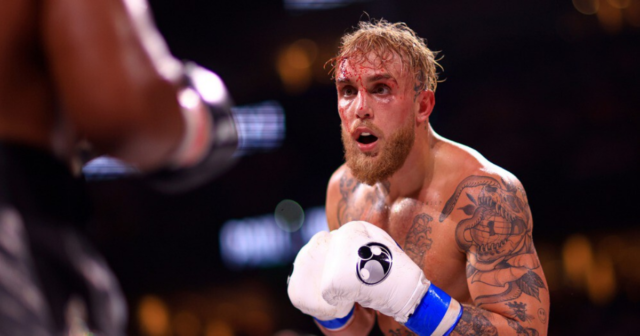 YouTuber star Paul called out Masvidal after knocking out Tyron Woodley in their Florida rematch.

And just days after, he offered the UFC welterweight $5m (£3.7m) and urged Dana White to green light the fight.

Paul said on his brother Logan’s podcast: “Masvidal, I got an offer for you right now. Five million dollar guarantee, plus percentage of pay-per-views.

“That’s the most you will ever have made in a fight, ever. So, now you can’t say, ‘I either fight the best, or I fight for money’.

“Five million dollar guarantee, plus percentage of pay-per-view, let’s make it happen, that’s the most you would have gotten paid, period, times triple.

“Daddy Dana just has to let you out of your contract. You work for the UFC, you’re a bitch, basically.”

White in 2017 allowed Conor McGregor, 33, to cross over to the boxing ring in a lucrative loss to Floyd Mayweather, 44.

The UFC president would need to allow Masvidal, 37, to do the same against Paul, 24, who is now 5-0 as a professional fighter.

But the UFC welterweight has proposed a boxing match in the octagon and called for FOUR TIMES the payday.

“2. Make that 20 guaranteed plus Ppv and I’m sure the ufc will be ok with it as long as I break them off their fee and then I’ll gladly break your face.

“If the ufc still says no because the money is still too low then come over to the ufc, sign a 1 fight deal and we can stipulate I can only box in the cage.

“If i do anything other than that I will forfeit my purse to you. Come on over and get paid and laid out.”

But he then followed it up with an eight-round points win over Woodley, 39, in August.

Paul was set to fight Tommy Fury, 22, afterwards, until the British former reality TV star pulled out with a broken rib and chest infection.

Woodley then signed as a late replacement but was knocked out in the rematch.

In the ring Paul then called out Masvidal and Nate Diaz, 36, who were in attendance but swiftly left.

He said: “Masvidal and Nate Diaz, y’all are some bitches for leaving this arena. Because I know you don’t want that s***. I’ll take out both of y’all next.

“Just get out of your contracts with daddy Dana [White] and I’mma f*** them up too.” 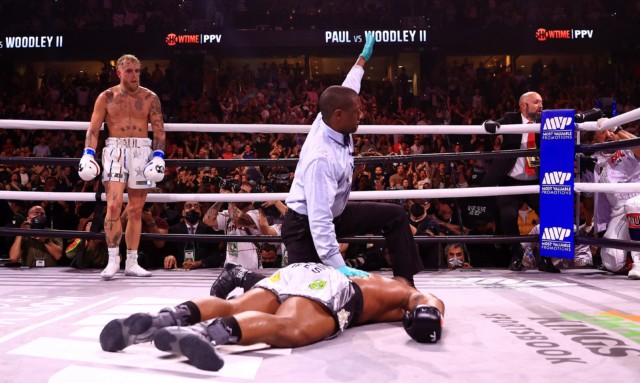