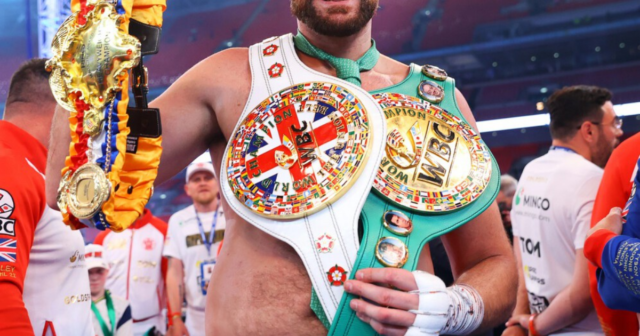 IT WAS the circus showman Phineas Taylor Barnum who coined the phrase: “Always leave them wanting more.”

And Tyson Fury, whose mastery of theatrics and cabaret is second only to his command of a boxing ring, might just be a man after Barnum’s own heart.

Nobody believes that Tyson Fury is finished with boxing just yet

After outclassing Dillian Whyte, the Gypsy King spoke colourfully about his career and consistently referred to it in the past tense — steadfast in his claim that the brutal uppercut which dispatched his opponent would be the last punch he ever throws as a pro boxer.

Nobody in the room truly believed him. Not even promoter Frank Warren, who played along with the script.

Everybody knows that while Fury is a fascinating talker, he often seems to change his mind twice in the space of a single sentence.

It’s possible that in Fury’s hyperactive brain, he genuinely believes he is done with boxing. 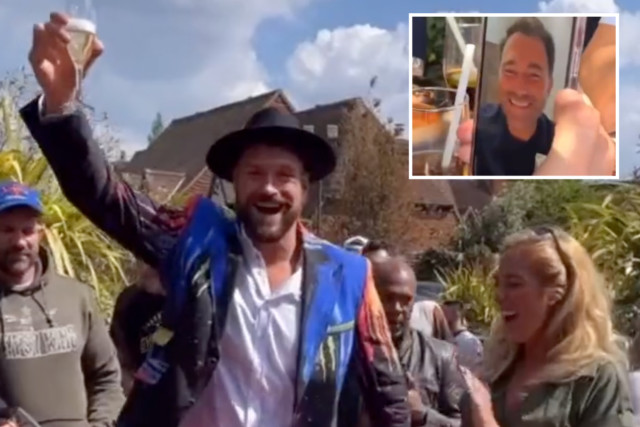 He claimed he would become only the second world heavyweight champion after Rocky Marciano to retire undefeated.

At 33, Fury is a year older than Marciano when the American called time on an unblemished 49-fight pro career.

Lennox Lewis, the last undisputed world heavyweight champion, quit at the top but he was almost 38 and had beaten the lot.

And then Carl Froch, who quit after throwing a devastating knockout punch to defeat George Groves in front of a Wembley full house.

But none retired so soon after reaching their zenith and with such obvious big-money fights in the pipeline.

Fury versus Oleksandr Usyk would be a fascinating clash of two genuine noble artists — but the Brit knows full well that a great big man should always overcome a great little ‘un.

And while Fury versus Anthony Joshua no longer holds much mystery — Fury would probably defeat him as comfortably as beat Whyte — it would still be the greatest money-spinner in British boxing history.

The risks of a fighter as gifted and elusive as Fury being seriously hurt by Usyk or Joshua seem remote.

Of course, the annals of full of great champs who took one fight to many — the greatest of all, Muhammad Ali, the most glaring example.

It is rare for greats in any sport to call it a day and stick to that decision when everyone knows there are more riches to be earned.

Bjorn Borg, who quit tennis aged 26 after winning 11 Grand Slam singles, is often quoted as that rarest of beasts.

But even the Swede made a failed comeback nine years later, playing with a wooden racket and never looking more than a living museum artefact.

The competitive drive is so great in any truly world-class sportsman that even a heartfelt announcement of retirement is usually followed by a U-turn.

The smell of the greasepaint and the roar of the crowd proves overpowering.

It feels ludicrous for Fury to quit now, after his Deontay Wilder trilogy confirmed him as the most complete boxer of his generation.

He wants “his Mayweather money” by fighting a mixed martial artist or two and will still get to show off his flamboyant showmanship in the pantomime world of WWE.

The heavyweight division, indeed the British sporting landscape, would feel empty without him.

But maybe his showman’s instinct is attracted by the mystique of leaving them truly wanting more.