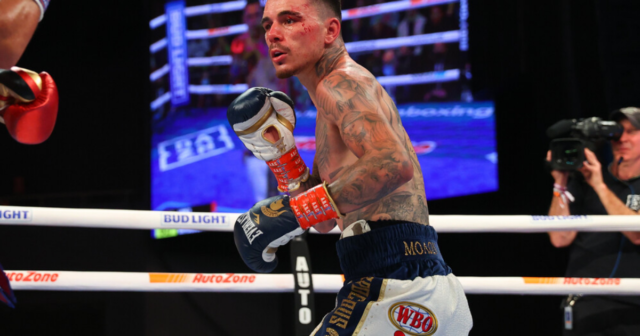 The Australian currently holds four out of the five major belts in the lightweight division and is due to defend his titles on home soil in June.

And ESPN claim former three-division champ Lomachenko, 34, has already agreed to the fight.

However Kambosos himself is yet to give the green light.

The Marvel Stadium in Melbourne has been booked for June 5, but Kambosos, 28, is yet to decide on an opponent.

Should he agree to fight Lomachenko, that would scupper hopes of an undisputed meeting with WBC champ Devin Haney.

Although American hard-hitter Haney is still claimed to be ‘in contention’ for the June 5 clash, with Kambosos yet to make a decision on who he comes to blows with.

Haney has called for an undisputed title decider. 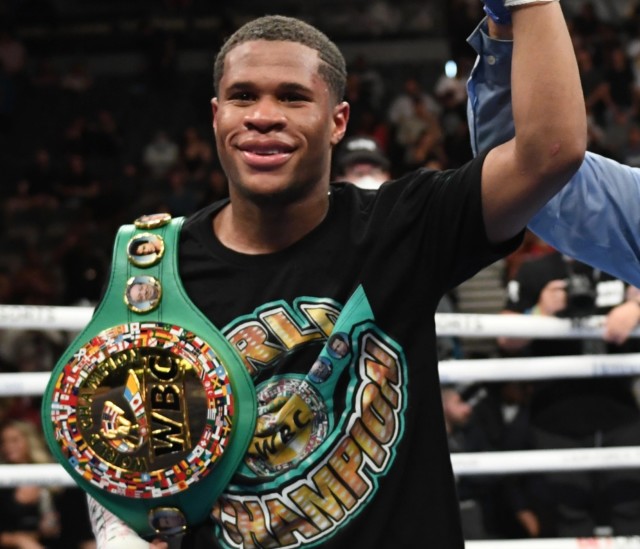 While another potential avenue for Kambosos is to take on Gervonta Davis.

Reports suggest Kambosos could be ordered to fight Davis by the WBA in a bid to merge their two titles together.

And he was ringside for Haney’s win over Joseph Diaz Jr. in December amid rumours of an undisputed fight.

Lomachenko meanwhile was also in action in December, outpointing Richard Commey to keep his name in the hat for a title shot.

Lomachenko originally lost the belts now in Kambosos’ possession in October 2020 via a unanimous points decision loss to Lopez.

But with Lomachenko now agreeing to fight Kambosos, the two-time Olympic gold medallist could find himself with a chance to regain the titles he first won way back in 2018.

In this article:homesoil, theaustralian, thefive