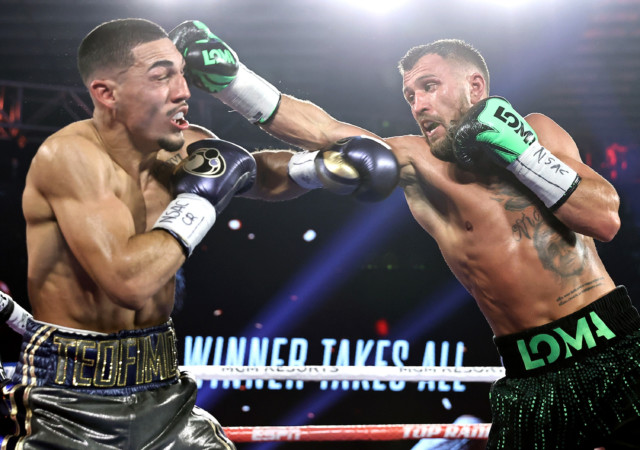 The Ukrainian recently became embroiled in a Twitter spat with Haney as he labelled the American youngster a ‘coward’.

And while Loma is coming off the back of a defeat to Teofimo Lopez, his promoter Arum is still willing to throw him straight in with the undefeated Haney.

Speaking to Barbershop Conversations, he said: “Loma vs Haney? That’s a fight we would certainly consider.

“That’d be a really good fight. There’s a lot of good fights for Loma…

“Loma can fight maybe Ryan Garcia. Or, if he wants to go down, maybe Oscar Valdez is a great match for Loma.”

Talk of a fight between Loma and Haney comes after the pair exchanged words on social media earlier this month.

Haney began proceedings by posting: “Where tf is Loma at!?!?!?”

Loma then replied with a rare tweet which read: “I’m here! I’m waiting for you cowards to decide on a real fight, and not on a Twitter fight.” 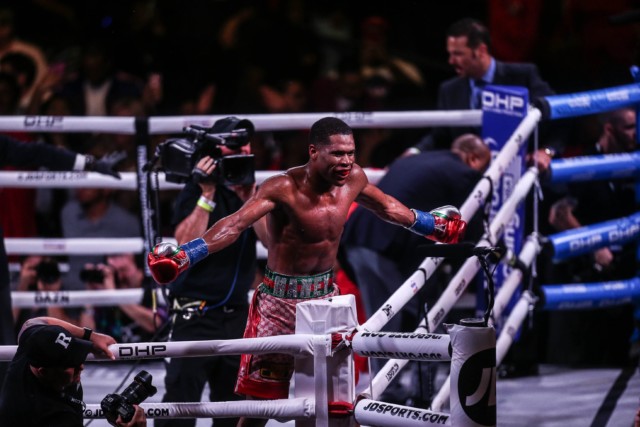 Haney then hit back by adding: “Waiting is not your best bet. I would think you learned that from the Teo fight.”

To which Loma responded: “Waiting is your favourite action, because you still haven’t fought with anyone.”

I'm here! I'm waiting for you cowards to decide on a real fight, and not on a Twitter fight

waiting is your favorite action, because you still haven't fought with anyone

Yet despite a fight between Haney and Loma promising fireworks, the 22-year-old American has revealed he is more likely to face three-weight world champion Jorge Linares next.

Haney, a highly-decorated amateur, has a perfect professional record after 25 contests.

Meanwhile, Lomachenko has suffered two defeats in 16 contests but remains one of the standout technicians in the sport.