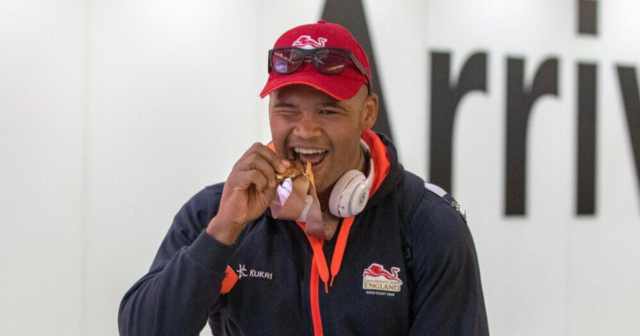 THE IDEA that Anthony Joshua was once floored by heavyweight starlet Daniel Dubois was once laughed off by FRAZER CLARKE, who insisted: It never happened.

It has long been believed in boxing circles – yet never proven – that the 23-year-old prospect Dubois dropped the 31-year-old IBF, WBA ‘Super’ and WBO heavyweight world champion in sparring at the Team GB HQ in Sheffield more than five years ago.

Dubois has since featured in 17 pro fights, losing just once, and promoter Frank Warren added to the conspiracy by claiming in 2017: “Not only did Dubois knock Joshua down, he absolutely did for Joshua in the gym.”

And he is adamant that his world champion sparring partner NEVER hit the deck like the myth suggests.

“I am sure I am at 99 per cent of the spars and he has hit him flush and has probably shook him up a bit, but the way they make out that he put him down on his backside, it just never happened.

“I can honestly say if it was true, Joshua would turn round and say, ‘Yeah, it happened, it was true’, but he hasn’t.

“Don’t get me wrong, it’s sparring and people take big shots and I have seen him [Joshua] take a big shot off Daniel and I’ve seen him give Daniel a big shot.”

When AJ’s fight with Joseph Parker in 2018 was revealed, he listed the three times he had been truly chinned in his young career.

David Price caught him cold, sparring in 2011, Mihai Nistor stopped him at the European Championships later that year and Wladimir Klitschko rocked him at Wembley in 2017, before he got up to win. 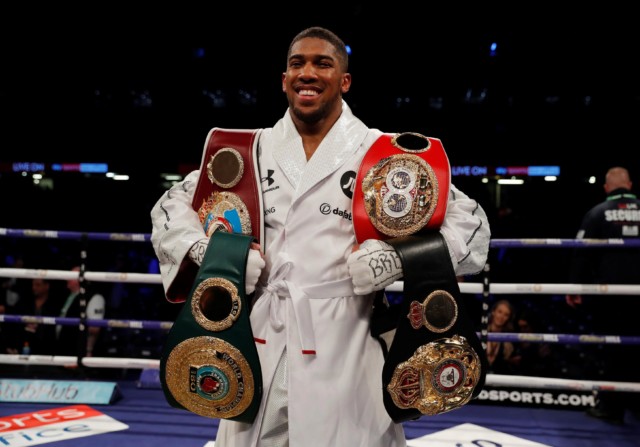 Dubois’ alleged assault was never mentioned by the honest heavyweight and Fraser says the story of the two Brit giants colliding might have been a tall tale.

He said: “I don’t think it was Daniel, it’s the people around him.

“Daniel is a nice kid and he probably admitted he shook Joshua up a bit in sparring and someone has made more of a story of it.”

Advertisement. Scroll to continue reading.
In this article:anthonyjoshua, neverhappened, worldchampion