Watch as Amir Khan shows off his lightning-fast hand speed on the pads after calling out Oscar De La Hoya, 47, for fight
Advertisement 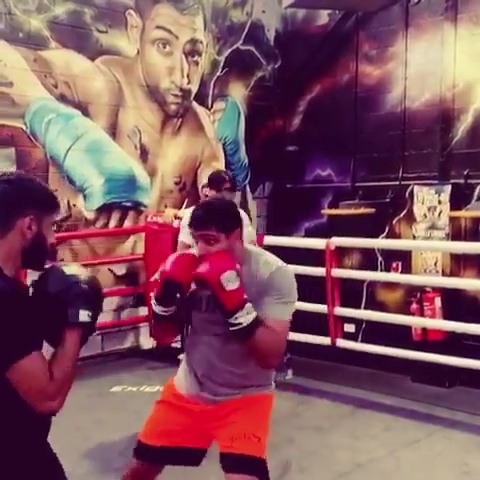 AMIR KHAN showed off his lightning-fast hand speed on the pads after calling out Oscar De La Hoya.

De La Hoya announced plans to come out of retirement aged 47 and was later challenged by Khan, who the American once promoted. 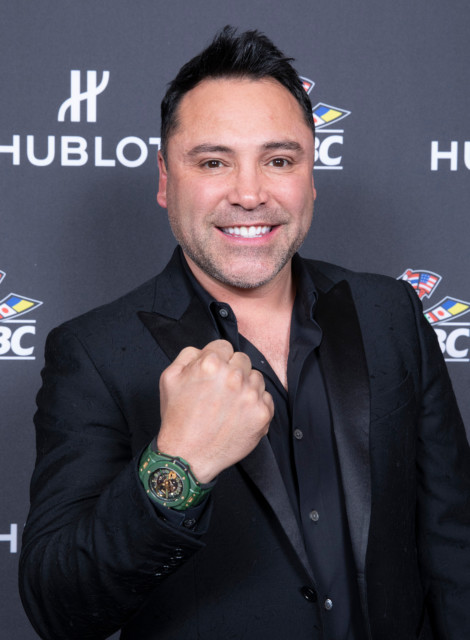 And it appears the British former world champion is already preparing for the possibility, having uploaded training footage.

Khan fires off quick combinations and a little footwork in his Bolton gym.

The 33-year-old has not fought since beating former super-featherweight champion Billy Dib in Saudi Arabia one year ago.

He has since been linked with facing Manny Pacquiao, 41, and old rival Kell Brook, 34.

But the call out of De La Hoya came from left field, after the retired American confirmed he would fight again.

The Golden Boy Promotions chief last fought in 2008 in a dominating loss to Pacquiao.

But the six-weight champion is adamant he is still as skilled as ever and will return to training “in the next few weeks”.

The Golden Boy told ESPN: “It’s a real fight. I miss being in the ring, I love boxing. Boxing is what gave me everything I have today, and I just miss it.

“Look, it’s been a long time, yes. But actually my jab feels faster than ever.

“I have to make sure that my conditioning is perfect, my health is good. And that’s going to take place in the next few weeks. So we’ll see.”

Advertisement. Scroll to continue reading.
In this article:dela, formerworldchampion, lahoya