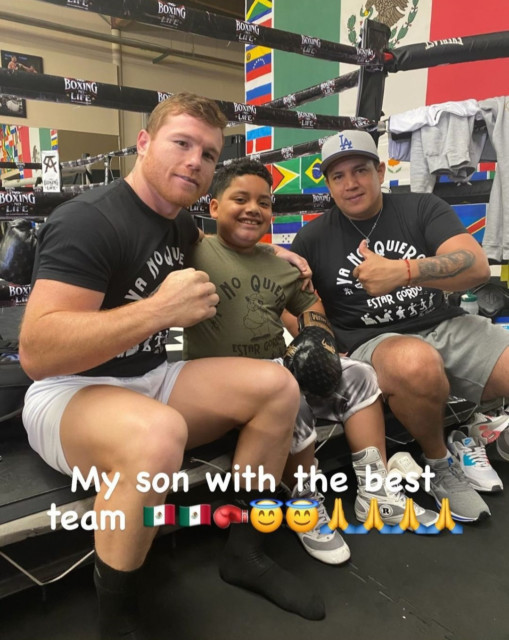 CANELO ALVAREZ was being put through his paces as he prepares to fight Billy Joe Saunders – by Andy Ruiz Jr’s son.

The Mexican superstar unifies his WBC and WBA titles with Saunders’ WBO crown on May 8.

But a week beforehand, Ruiz makes his anticipated comeback against Chris Arreola, his first fight since rematch defeat to Anthony Joshua.

But it appears Reynoso was given the day off and instead replaced by Ruiz’s eldest, Andy III.

The youngster is a keen boxing fan and beamed as he held pads for Canelo, who fired off quick combinations.

And his dad has also reaped the rewards since he relocated to Canelo’s adopted US home of San Diego.

There, he has dramatically transformed his body under Reynoso, dropping to 18st 4lb, having ballooned up to 20STONE before his loss to AJ.

Ruiz, 31, said on his YouTube channel recently: “All this hard work and dedication is gonna pay off man.

“I’m tired man, you see me do all those f***ing drills man? But, like I said, all this hard work and dedication is gonna pay off. 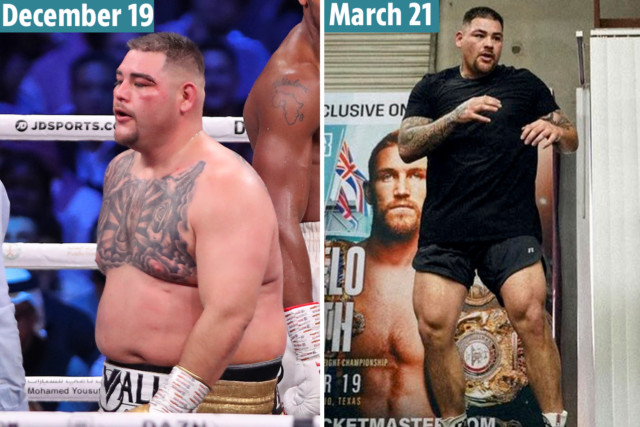 “I’m ready for my next fight. I’m ready, excited, ready to prove everybody wrong.

“Now is the beginning to see the real and new Andy Ruiz Jr.” 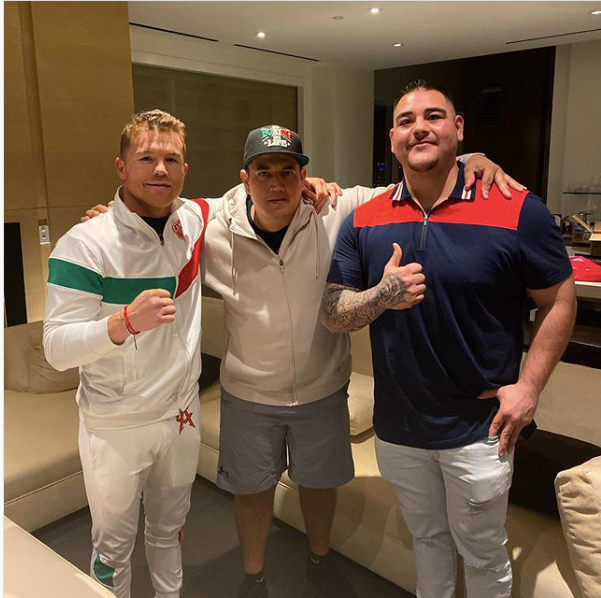