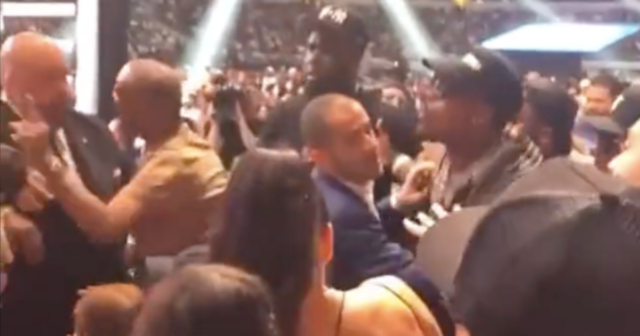 Jermall Charlo, dressed in a cap and glasses, during the row

But footage captured inside the AT&T Stadium showed the pair rowing and having to be pulled apart.

The two were in talks to fight while both campaigning to box Mexican superstar Canelo Alvarez, 31.

SCORES ON THE DOORS

Spence vs Ugas scorecards revealed with US champ DOMINATING

It is not determined what fulled tempers to boil over in Arlington but Benavidez’s dad was also involved.

Later on in the night, Charlo’s training partner Spence, 32, went on to stop Ugas, 35, in ten rounds.

He claimed the Cuban’s WBA belt, adding to the WBC and IBF versions he brought into the bout.

Spence then called out Terence Crawford, 34, to an undisputed super-fight.

He said: “Everybody knows who I want next, I want Terence Crawford next. 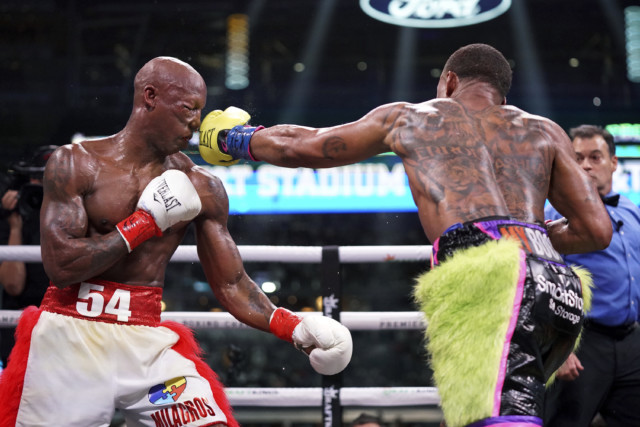