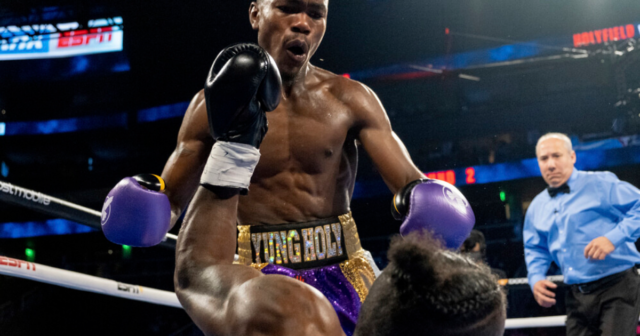 BOXING legend Evander Holyfield was watching on from ringside as his son Evan scored an emphatic knockout in Atlanta on Saturday night.

The 24-year-old stopped Charles Stanford in just the second round of their super-welterweight bout. 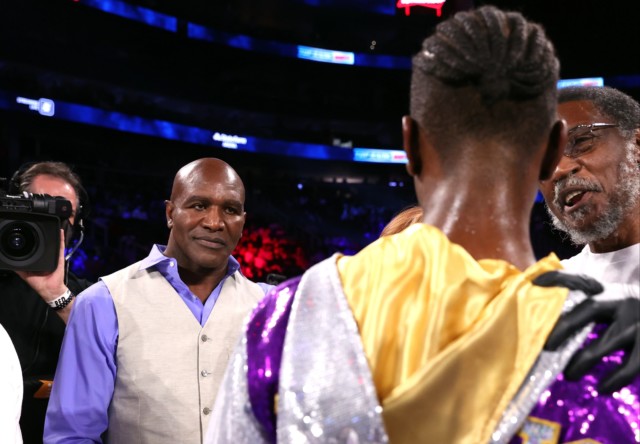 Evan Holyfield, son of hall of famer Evander Holyfield, with the KO in front of the hometown crowd. @ChiefHoly #HerringStevenson pic.twitter.com/C9GtCJjb92

Evan first of all rocked Stanford with a vicious left hook before a booming overhand right sent the 35-year-old sprawling to the canvas.

The bout barely lasted a round, with Stanford savagely knocked out just 22 seconds into the second.

Holyfield Jr now moves to 8-0 in his budding career, including six KOs.

And after the ferocious knockout 58-year-old Evander clambered up on the canvas to celebrate with his son.

The former cruiser and heavyweight world champion made a bizarre return to the ring last month, although his comeback didn’t last long.

He was stopped by MMA legend Vitor Belfort in less than TWO minutes.

I worrying scenes Holyfield repeatedly swung and missed, even slipping through the ropes.

That’s despite the veteran fight feels the official stepped in too quickly to stop it.

Afterwards he said: “I think it was a bad call.

Holyfield would be wise to focus fully on the boxing career of his highly rated son after his concerning last outing.

Son Evan had the Atlanta crowd on their feet after the stunning KO in his hometown on Saturday night.

And later on the main event of the night saw Shakur Stevenson live up to his billing as one of the next big things with a late stoppage of Jamel Herring.